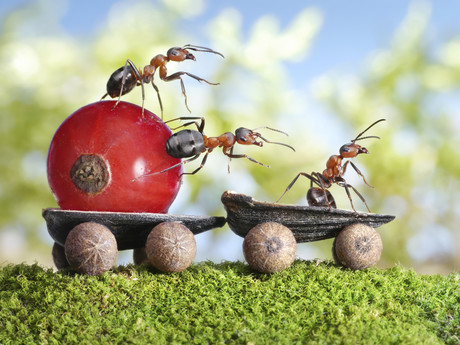 Insects are a vital part of our ecosystem, but many insects are struggling worldwide — and the Australian bushfire crisis is making it even harder. But according to a group of more than 70 scientists from 21 countries, we could fix the problem.

The scientists have created a roadmap to insect conservation and recovery, published in the journal Nature Ecology & Evolution and based on achieving targets over different timescales. Their strategies cover everything from urgent ‘no-regret’ solutions to long-term global comparisons, with the aim of starting insect recovery as quickly as possible.

“From all over the world, there is growing evidence that insect species are suffering from multiple human-induced stress factors: habitat loss and fragmentation, pollution, invasive species, climate change and overharvesting,” said project initiator Professor Jeff Harvey, from the Netherlands Institute of Ecology (NIOO-KNAW) and Vrije Universiteit Amsterdam.

“As scientists, we want to gather all available knowledge and put it to action together with land managers, policymakers and everyone else involved.”

Nowhere is this more important than in Australia, with Macquarie University’s Marie Herberstein explaining, “As the Australian bushfire crisis is showing us, we need a coordinated global strategy to implement immediate- to long-term measures for insect recovery.

“In Australia, the bushfires are likely to have resulted in substantial overall losses of insect numbers and possibly losses of entire species.”

Insect abundance, diversity and biomass are frequently under pressure, affecting all functional groups: from predators to pollinators. This is not a problem that can be considered in isolation, as the effects will be wide-ranging. The roadmap authors stressed that “insects are vitally important in a wide range of ecosystem services of which some are indispensable for food production and security, as in pest control”.

The steps to be taken can be divided into immediate, mid- and long-term actions. First of all, there are a number of actions described as ‘no-regret solutions’. These can be taken immediately and won’t be affected by any new knowledge scientists uncover. They will benefit all insects, not just single species.

Second, we must urgently establish priorities about which species, areas and issues most need our attention. In the medium term, we need to plan new experiments to establish which stress factors cause what effects, and gain knowledge in understudied areas. At the same time we need to dig through existing insect collections, like those held in museums, to fill in gaps in our diversity data of the past.

Long-term actions could include forming public–private partnerships and sustainable financing initiatives to restore and create habitats for the insects, combined with a global monitoring program where people all use the exact same methods and sites, over longer timescales. In that way, we can compare the wellbeing of insects worldwide, and rule out possibly disruptive inconsistencies.

The scientific experts involved in the roadmap stresses that insect declines are a serious threat, one that society cannot postpone addressing any longer. Prof Harvey said, “Most importantly, we hope that end users and land managers now can use this roadmap in, for instance, farming, habitat management and urban development as a template for true insect recovery.”

Macquarie University’s Lizzy Lowe added that taking action is necessary and urgent, stating, “Insects are such important contributors to our ecosystems that we can’t afford to keep ignoring their conservation. We’ve created a roadmap, including solutions such as reducing pesticide use and pollution, that will help maintain healthy insect populations into the future.”

ISO 22367 specifies a process for a medical laboratory to identify and manage the risk to...

Research Excellence Awards are awarded each year to top-ranked researchers and teams following...