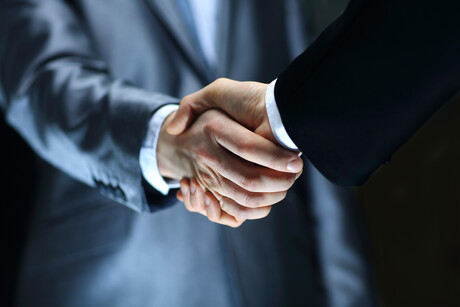 The board of chemicals company Lonza has announced that Dr Pierre-Alain Ruffieux has been appointed the company’s Chief Executive Officer, effective 1 November 2020.

Dr Ruffieux is a senior biopharmaceutical executive with over 20 years’ experience leading global teams in the areas of drug development, manufacturing, supply chain, quality and regulatory. Since 2015 he has been Head of Global Pharma Technical Operations at Roche, where he and his 12,000-strong team are responsible for all aspects of pharmaceutical commercial manufacturing and supply chain operations, technical, quality assurance and regulatory. Prior to that he spent 12 years at Novartis, where he held roles of increasing seniority. He said he has been a customer of Lonza’s for many years and looks forward to building on its many successes.

Albert Baehny, Lonza’s Chairman of the Board, has been serving as the company’s CEO ad interim since November 2019. He said, “The board is delighted to have appointed someone of Pierre-Alain’s calibre to be our next CEO. He brings deep knowledge of our industry, scientific excellence, customer focus and a strong record of building and leading high-performing and inclusive teams. Manufacturing and process excellence are central to Lonza and our customers’ success. Pierre-Alain has unrivalled experience in these areas in two of the world’s largest pharmaceutical companies, which will also be a great asset to the Lonza Group.”

Christoph Maeder, Lead Independent Director at Lonza, added, “We warmly welcome Pierre-Alain to Lonza and look forward to his starting in November. At that point, Albert will relinquish his position as CEO ad interim and return to his role as non-executive chairman. On behalf of the board of directors, I should like to thank Albert for stepping into the CEO role and for continuing to drive the company forward both operationally and strategically.”

mRNA-1273 is an mRNA vaccine against SARS-CoV-2 encoding for a prefusion stabilised form of the Spike (S) protein, which was selected by Moderna in collaboration with investigators from Vaccine Research Center (VRC) at the US National Institute of Allergy and Infectious Diseases (NIAID). The first clinical batch, which was funded by the Coalition for Epidemic Preparedness Innovations (CEPI), was completed on 7 February; the first participant in the NIAID-led Phase 1 study was dosed on 16 March; and the first participants in the Phase 2 study were dosed on 29 May.

“This long-term strategic collaboration agreement will enable Moderna to accelerate, by 10 times, our manufacturing capacity for mRNA-1273 and additional products in Moderna’s large clinical portfolio,” said Moderna CEO Stéphane Bancel. “Lonza’s global presence and expertise are critical as we scale at unprecedented speed. Our common goal is to potentially enable manufacturing of up to 1 billion doses of mRNA-1273.”