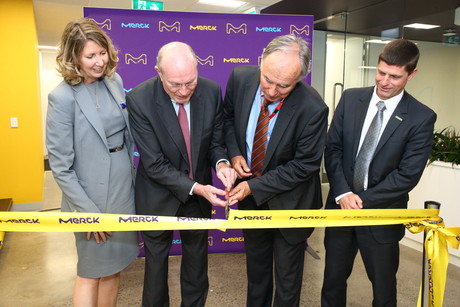 Science and technology company Merck has officially opened its new Sydney office in the innovation hub of Macquarie Park — a move that seeks to further the company’s local growth opportunities and brings together, for the first time in one location, more than 120 employees from Merck’s health care, life science and performance materials divisions, who were previously based across the Sydney suburbs of Frenchs Forest and Castle Hill.

Merck’s new office at 11 Talavera Road was formally declared open on 13 November by John Alexander, Federal Member for Bennelong, and Dr Frank Stangenberg-Haverkamp, Chairman of the Executive Board and the Family Board of E. Merck KG. The company joins 180 large international and 200 small businesses in Macquarie Park, with neighbours including Macquarie University and its accompanying hospital, leading global pharmaceutical and life sciences companies, and Australian biotechnology businesses and technology start-ups.

“I often say that Macquarie Park is the innovation capital of Australia … and when you look at Merck’s history, some 351 years, it is an extraordinary history of innovation and diversity,” Alexander said. “There’s a reason why your company has been so successful over such a long time, and it’s to be admired. I think it’s a great choice that you’ve come here.”

Dr Stangenberg-Haverkamp said Merck has a long history with Australia that goes back to the late 1800s, with the company eventually setting up its own Australian subsidiary in 1967. He said it was therefore somewhat fitting that Australia was chosen to house one of the Merck offices globally to consolidate multiple divisions under one roof — “not to save money, but to ensure that we are one company and that we can benefit from each other”.

“If you set an example, I think this office could be a role model for offices around the world of Merck,” Dr Stangenberg-Haverkamp said. 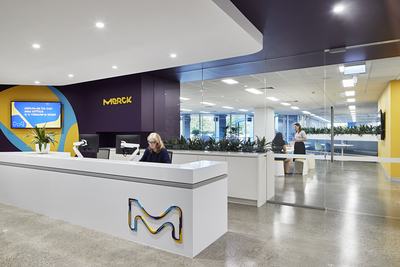 The office itself has been purpose-built to accommodate activity-based working (ABW), so rather than sitting at a designated desk, employees pick the space that is most conducive to the work they are doing at any one time — from the bustling ‘engagement neighbourhood’, suitable for high telephony and collaboration tasks and containing 30 combined meeting spaces; to the quiet ‘focus neighbourhood’, for those who need to concentrate on more solitary tasks; and even the outdoor terrace, which catches the natural light and helps it to penetrate throughout the rest of the office. 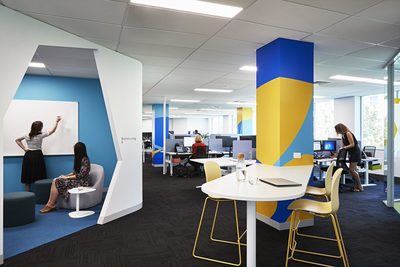 “This is the first time here in Australia that Merck is combining our businesses in one location, bringing together our life science, health care and performance materials businesses under one roof,” said Bradley Simpson, Managing Director, Merck Life Science Australia/New Zealand.

“Here in Sydney’s premier technology hub, we have the ability to learn from one another, collaborate and to spark curiosity, and this can lead to all sorts of innovative partnerships. From where we have come, we now have a much more convenient, welcoming, but most importantly, inspiring space for potential research and commercial partners.”

The winners were selected from nearly 800 images submitted from 49 countries around the world.

HB11 Energy has been awarded a $22m project to develop the high-power lasers needed to create a...

The theme chosen for this year's prize is 'Innovation to achieve economic, environmental,...