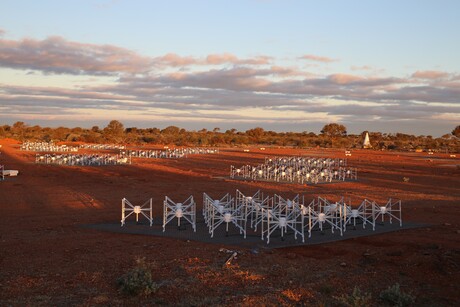 The Australian Government has provided a $1 million grant to Curtin University to enable a major upgrade to the Murchison Widefield Array (MWA), giving the giant radio telescope even greater power to read and process signals captured from distant outer space.

The MWA is a low-frequency radio telescope that scans the Earth’s southern skies and consists of more than 4000 spider-like antennas spread across several kilometres within CSIRO’s Murchison Radio-astronomy Observatory (MRO) in remote Western Australia. It is the first fully operational precursor instrument for the $1 billion Square Kilometre Array (SKA) project, which will commence construction in 2021 and is set to be world’s largest radio telescope.

The government grant, provided through the National Collaborative Research Infrastructure Strategy (NCRIS) and administered by Astronomy Australia Ltd (AAL), will replace the ageing correlator or ‘brains’ of the MWA, which has been used since the telescope began operating in 2012. MWA Director Professor Melanie Johnston-Hollitt said the funding will enable what would be only the second major upgrade for the MWA.

“The new correlator, MWAX, has been specially designed by a team from Curtin, which includes engineers from the MWA Operations Team and the Curtin Institute for Radio Astronomy,” Prof Johnston-Hollitt said.

“In the first instance the new correlator will enable us to make finer frequency and time observations, which improves our ability to detect new transient sources such as pulsars and fast radio bursts, understand the physics of the Sun and the ionosphere, and to undertake simultaneous surveys for extraterrestrial intelligence.” 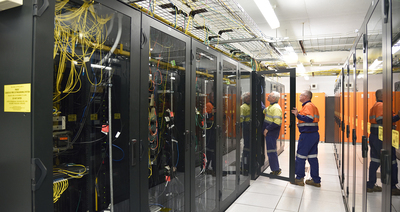 Prof Johnston-Hollitt said the upgrade will move the MWA to Phase III of the telescope, which is due to commence in 2021 and marks the next significant phase for the project.

“The current correlator is only capable of processing signals from half the antennas, so researchers are forced to use only half the array at once and in fairly rough time and frequency intervals,” she said.

“Thanks to advances in the technology of graphics processing units (GPUs) driven by the gaming industry, the new correlator is easily able to ingest all of the signals from each antenna and paves the way for having all of the MWA’s over 4000 antennas connected simultaneously in the future.

“We are indebted to everyone who plays games on their computer for driving the economics that have advanced GPUs so much in the last eight years. In a very real sense gamers have helped drive the technology that allows us to uncover the mysteries of the universe.”

The MWA is a collaboration of 20 partner academic institutions from Australia, the United States, Japan, China and Canada, led by Curtin University. Its achievements include the detection of the largest known eruption in the universe since the Big Bang, the discovery of new ionospheric structures in the Earth’s atmosphere, and the creation of a catalogue of 300,000 galaxies and the first radio-colour panorama of the universe.

Professor Naomi McClure-Griffiths, Chair of the AAL board, said she was delighted for Curtin and the MWA as recipients of the grant.

“AAL is excited to be able to support this ‘brain transplant’ for the MWA, which will renew the telescope and increase its value for a range of users,” she said. “It will allow the MWA to continue its scientific discoveries and maintain its position as a critical precursor instrument to the SKA, helping to ensure the future success of the SKA.”