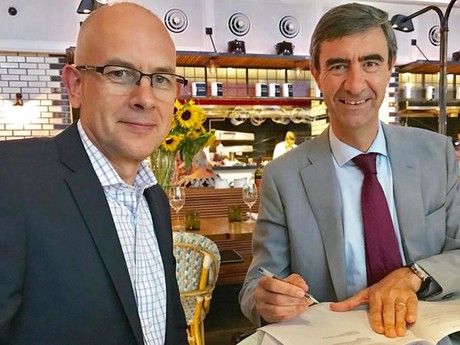 Trajan Scientific and Medical has appointed Marco Baccanti as CEO of its joint venture (JV) in nutritional testing, Trajan Nutrition.

After his previous appointments in leadership positions in the science industry and research institutions in Italy, and in the government of the UAE, Baccanti was most recently the chief executive at Health Industries, Government of South Australia, where he was responsible for economic development in the life sciences sector. During his four-year tenure, his organisation achieved the establishment of 23 companies with over 600 new direct jobs, clinical research investments from 10 overseas biotech companies and numerous university-industry collaborations.

“We are incredibly fortunate to have someone of Marco’s experience and seniority join the Trajan team,” said Trajan CEO Stephen Tomisich.

“Mr Baccanti’s background and connection to the healthcare sector in Australia is ideal to accelerate our progress with Trajan Nutrition and, more broadly, adoption of Trajan’s microsampling technologies.

“Beyond the role in leading Trajan Nutrition we see Marco as potentially leading further collaboration between Trajan, state and federal governments, universities and the healthcare sector in Australia.”

Trajan promotes decentralisation of health care by developing and bringing to market microsampling technologies. Baccanti’s appointment is expected to accelerate the growth and impact of the research led by the company through Professors Maria Makrides and Robert Gibson.

“I feel very enthusiastic to join an industrial group that is experiencing such a fast, global expansion, with a clear vision to contribute and serve the evolution of global health care towards a more sustainable, patient-centric and delocalised approach, with a stronger focus on prevention and wellness,” Baccanti said.

“I am totally aligned to this vision, that has been a leitmotiv in all my previous roles, in Europe, the Middle East and in Australia, and I see now this new mandate as an ideal continuation of what I have been learning and doing in my last 25 years in industry, governments and research institutions.”