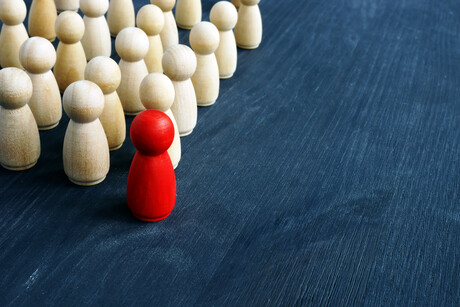 Two of Australia’s peak science organisations have new presidents as of this week, with Professor Mark Hutchinson commencing in the role for Science & Technology Australia (STA) and Professor Chennupati Jagadish appointed to lead the Australian Academy of Science from May 2022.

Prof Hutchinson is currently the Director of the ARC Centre of Excellence for Nanoscale BioPhotonics at the University of Adelaide. Under his leadership, the centre has translated fundamental science discoveries at the lab bench into economic value in the boardroom, forging 30 industry partnerships and creating 15 startups and spinoffs.

Having served as President-elect to Associate Professor Jeremy Brownlie for the past year, Prof Hutchinson will now lead STA and its membership base of 90,000 scientists and technologists. He said his priorities as President would be to help the country tap into its vast scientific knowledge and talent to help solve its biggest challenges.

“Science has been the source of solutions to the pandemic,” he said.

“As magnificent as science’s response has been, the pandemic has only called on a tiny fraction of the nation’s science capability. Imagine what would be possible if governments drew on the full breadth of science and technology in every policy area to solve challenges, seize opportunities, and tackle big and complex issues.

“At the coming election, I want to see all the political parties put science and technology front and centre — to serve the nation, shape policy and build stronger sovereign capability for Australia. We know this is what the Australian people want.”

Meanwhile, nanotechnology pioneer Prof Jagadish has been elected the next President of the Australian Academy of Science in May 2022, replacing outgoing president Professor John Shine. He is the first Australian of Indian heritage to take on the role, having arrived in Australia in 1990 to take up a role as a research scientist at the Australian National University; these days, he leads the university’s Semiconductor Optoelectronics and Nanotechnology Group.

Prof Jagadish helps develop semiconductors used in LED lights and has designed and developed some of the world’s smallest lasers. His research has also been applied to make lightweight flexible solar cells, to split water to create hydrogen as a pure energy source and to manipulate neurons to treat people living with dementia. He has also pioneered the creation of next-generation optical devices, which have huge potential in the field of communications and data storage.

“I never imagined when I came to Australia with a two-month-old baby and two-year contract, 31 years ago, that one day I’d be elected a Fellow of the Academy and then go on to lead the organisation,” Prof Jagadish said.

“The Academy plays an important role providing independent, authoritative and influential scientific advice to the Australian Parliament. I look forward to leading that work and being a champion for the cause of science and scientific excellence.

Prof Jagadish said nurturing the next generation of young scientists will be one of his priorities. He also said Australia should make the transition from a resource-based economy to a knowledge- and technology-based economy, and must invest in research and development to meet national and global challenges.

The Ramaciotti Foundations have awarded over $1.9 million in grants to support biomedical...

L'Oréal supports women in STEM, but more needs to be done

The L'Oréal-UNESCO For Women in Science Australia & New Zealand Fellowships have...

Research to improve bone marrow transplantation and to use computer science to understand how...