Robots on stage as part of National Science Week 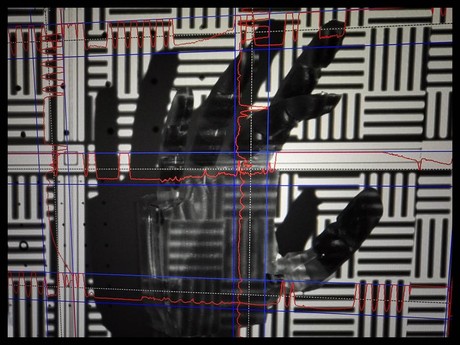 In celebration of National Science Week (11–19 August), biomedical research centre BioFab3D will be the home of a new play — RUR 2020 —from immersive theatre company PlayReactive, based on the work of science-fiction pioneer Karel Čapek.

Directed by local playmaker Georgia Symons from a script by local writer Rohan Byrne, RUR 2020 follows a young scientist, Helena (Yvette Turner), on the brink of a breakthrough in artificial organ technology, and her cat-and-mouse duel with a visionary billionaire, Domin (Josiah Lulham), desperate to exploit her discovery. As society struggles to adapt to its revolutionary new capabilities, a shocking vision for our future begins to take shape. The first robots will be flesh and blood.

This modern reimagining of Čapek’s century-old masterpiece delves into the ethics of biofabrication — the manufacture of living tissues in the lab — and asks what price society is willing to pay in pursuit of a miracle cure.

“What excites me about this piece is that it goes way beyond science communication and grapples with real ethical questions that have deeply human consequences — consequences we may well have to think about within our lifetimes,” Symons said. “Rohan’s script is funny, bold and deeply captivating. And with the support of BioFab3D, not only will audiences get literal front-row seats on some of the most exciting scientific work in the country — they’ll also have the opportunity to explore their own feelings about the future of medicine, humanity and perhaps even immortality.”

BioFab3D is Australia’s first robotics and biomedical engineering centre embedded within a hospital. Researchers, clinicians, engineers and industry partners work at the centre to artificially generate biological structures such as cartilage, muscle, bone, nerves and organs: almost anything that requires repair due to disease or physical trauma.

“This play represents an extraordinary convergence of classic science fiction and cutting-edge research,” said Cathal O’Connell, Centre Manager of BioFab3D. “Čapek’s play is remembered for inventing the word ‘robot’, but it is often forgotten that his robots were organic, not mechanical. RUR depicted a factory where flesh and blood can be manufactured: now, almost a century later, our lab has been specifically created for that purpose.

“It was important for us to do something solid, something with integrity, something that addresses real concerns around the new technology. For us researchers it’s a prompt to bat the big questions around; for audiences, it is an immersive, unique and unforgettable window into the hospital of the future.”

RUR 2020 opened last night and will run until 19 August at BioFab3D, St Vincent’s Hospital, Melbourne — tickets are available here. It is one of over 1800 events being held across the country for National Science Week, which this year has a focus on the crucial role that science plays in supporting Australia’s wellbeing, improving our health and boosting our prosperity.

Today, as part of the week’s focus on early STEM education, around 100 scientists from organisations such as CSIRO, Bureau of Meteorology and Defence Science and Technology Group are visiting more than 350 schools to speak with students. There are also launch events happening in each state: