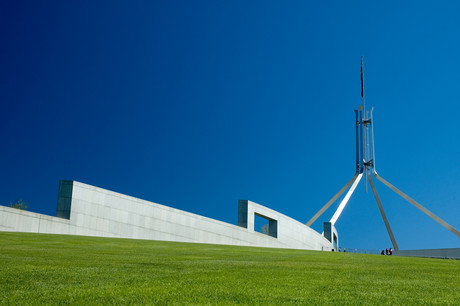 Australia’s leading science bodies have responded to the surprise re-election of the Morrison government with an air of cautious optimism, recognising the government’s commitment to the STEM sector as well as the reappointment of key ministers to Cabinet.

The Australian Academy of Science, for instance, has commended the Morrison government’s ongoing commitment to the 2017 National Science Statement, which will continue to represent the government’s vision and objectives for Australian science. The Academy has also welcomed the reappointment of Karen Andrews to Cabinet as Minister for Industry, Science and Technology, with Academy President Professor John Shine saying Andrews’ strong and ongoing commitment and advocacy for STEM is clear.

“A STEM-skilled MP in this portfolio provides the new Morrison government with a minister who has a deep understanding of the issues facing the sector,” he said.

Prof Shine said the Academy looks forward to working with Andrews to implement the STEM measures announced in the federal Budget in April, including $3.4 million in new funding for the Advancing Women in STEM strategy — $1.8 million of which will be used to deliver the next phase of Science in Australia Gender Equity (SAGE). The strategy responds to issues outlined in the Academy’s Women in STEM Decadal Plan, released in conjunction with the Australian Academy of Technology and Engineering.

Science & Technology Australia (STA) was meanwhile pleased that the government has acknowledged the importance of science and technology to Australia’s health, wealth and environment. The group has also welcomed the reappointment of key ministers to Cabinet — particularly Andrews.

“Minister Andrews has engaged meaningfully with scientists and technologists for many years as co-convenor of the Parliamentary Friends of Science, and recently as Minister, and STA looks forward to continuing to work with her office as we represent tens of thousands of STEM professionals,” said STA President Professor Emma Johnston.

With the election now over, Prof Johnston encourages the government to continue the good work it has already started, and to “work with the science and research sectors to craft a formal plan and prioritise bold investment that empowers the Australian science and technology sector to secure the nation’s prosperity”.

“The National Science Statement in 2017 was a good first step, but we hope to see the sector provided with a strategic plan that enables it to most effectively contribute to Australia’s prosperity,” Prof Johnson said.“We hope the focus turns to forming a detailed whole-of-government plan for STEM; a plan that prioritises stronger government and business investment, attractive STEM education programs and secure employment for all STEM professionals.”