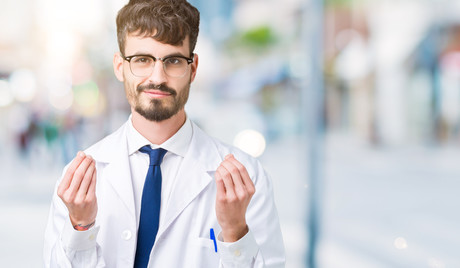 Average salaries for members of Australia’s science, technology, engineering and mathematics (STEM) sectors have grown in the past year, but concerns remain about working conditions — particularly when it comes to closing the gender pay gap.

While base salaries paid to professional scientists increased by an average 2% over the past 12 months — slightly outpacing inflation — this is lower than the average 2.3% increase in earnings across the Australian economy as measured by the ABS Wage Price Index. Almost two-thirds of respondents said cost-cutting is occurring at the expense of their organisation’s scientific capability, with large numbers also reporting a decline in the number of scientists in decision-making roles over the past year and a loss in science-driven innovation.

The survey found 71.4% of respondents agree that attracting, developing and retaining the next generation of scientists is one of the most important priorities for developing a sustainable STEM workforce in Australia. But many voiced fears that the lack of value placed on their skills, experience and qualifications is driving talented scientists overseas.

“While there is a lot of ‘buzz’ around STEM, many research institutions are actually de-investing in their scientific capability by cutting resources and creating less attractive workplaces.

“If we want to maintain our reputation as a ‘clever country’, we need to do more to encourage and reward scientists who are so critical of our shift to a knowledge-based economy.”

The latest figures show that Australia invests 1.88% of GDP in research and development — well below the OECD average of 2.38%. Perhaps as a result of this, an overwhelming proportion (72.3%) of those surveyed believe Australia is not well prepared to meet emerging challenges.

Gender discrimination, declining staff morale and unpaid overtime are also issues within the profession. Almost two in five female respondents said they had experienced gender bias or discrimination in the previous three years, while one in five said they had experienced sexual harassment at least once in their careers, compared to only one in 20 men.

According to STA Chief Executive Kylie Walker, these results highlight the urgent need to improve workplace safety and protection for STEM professionals in Australia. She said, “It is important that those at the frontline of creating and applying new knowledge enjoy safe, fair and inclusive working conditions.”

There has also been a small improvement in reducing the gender pay gap compared with last year’s survey results, but women in STEM are still paid 13.8% less than their male colleagues (down from 14.1% last year). So while the results are a step in the right direction, Walker said the issue of pay inequity still warrants urgent attention.

“We’re pleased that average wages for STEM professionals have grown modestly, but we must ensure that wage increases are delivered equitably across the workforce so that women do not continue to lag behind their male counterparts,” Walker said.

“If we are to attract bright, creative and committed people to the sector, we must ensure a diverse and sustainable workforce so that a career in STEM remains an attractive and viable proposition.”

The full report can be downloaded from the Professional Scientists Australia website.