Engineers Australia CEO Stephen Durkin says the convention keynote on space exploration and space engineering will be a highlight for all Convention 2014 delegates. He stated, “Every engineer dreams big and it doesn’t get much bigger than space travel. Delegates will have the opportunity to hear from two legends of space exploration and an emerging leader within space engineering.” 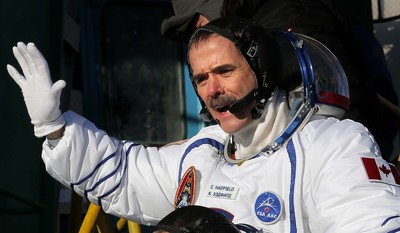 Thomas took part in four space missions for NASA, logging more than 177 days in space - including 130 days in a single stay aboard the Russian space station Mir in 1998. He laments Australia’s lack of government policy surrounding the space sector, saying there is “no real strategic thinking … about space as a national interest” and adding that this lack of policy is unlikely to motivate today’s children to pursue careers in the space sector.

“We must never underestimate the importance of providing real motivation for youth to pursue careers in science, technology, engineering and math,” he said. “Every metric suggests current policies are failing in that.”

For Boyd, Convention 2014 provides the opportunity for such motivation. She said, “Engineers are great at what we do, but not good at communicating our success. Convention 2014 changes that through bringing every type of engineer under the one roof to share ideas, talk about our collective achievements and sell the benefits of becoming an engineer.”

Convention 2014 will run from 24-28 November at the Melbourne Convention and Exhibition Centre, covering defence, applied mechanics, climate change, complex projects, telecommunications and leadership over its five days. Thomas, Hadfield and Boyd will speak as part of the keynote ‘From Zero (gravity) to Hero’ on the morning of 26 November. For more information, visit www.convention2014.org.au.