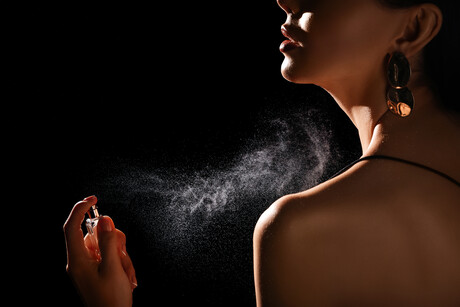 The chiral signature of a fragrance can reveal whether a perfume is genuine or fake; similarly, the chiral signature of the emissions of a plant can provide information on whether the plant is healthy or sick. Researchers at Johannes Gutenberg University Mainz (JGU) and the Max Planck Institute for Chemistry (MPIC) have now developed an innovative approach capable of identifying and monitoring such chiral signatures.

Chirality is a fundamental property of nature, with most natural chiral substances found in two ‘mirror-image’ forms present in different relative quantities. Most importantly, several biomolecules exist in two mirror-image forms that are non-superimposable — in the same way that a right hand will not fit in a left-handed glove. This can affect the bio-chemical activity of these molecules.

An example is the emissions of plants — these contain several chiral compounds that are naturally present in both chiral forms, the D- and L-isomers or enantiomers. A prominent example is the chiral molecule pinene, which is responsible for the characteristic scent of conifers and pines. The relative ratios of the two enantiomers of pinene naturally vary in the emissions of such plants, but critically depend on the state of health of the plant.

The same principle applies in the case of complex blends of natural and synthetic components, as in the case of perfumes. Any chiral ingredients will occur in both the D- and L-isomers but in differing relative quantities, depending on whether these originate from natural sources or from synthetic ones. As it is often the case that natural components are replaced by synthetic substances in fake/counterfeit perfumes, fake perfumes will have a chiral signature that differs from that of the originals.

The German researchers have now developed a cavity-enhanced polarimetric method for optical chiral analysis as part of an EU-sponsored project. As described in the journal Science Advances, they were able to detect the differing optical rotation effects of chiral molecules under polarised light. The team has thus been able to identify chiral compounds within complex mixtures of gases with a high level of sensitivity and in real time.

The researchers transferred a sample of a plant or perfume scent to a small chamber which they exposed to polarised light. They then used a novel chirality-sensitive optical polarimeter to measure precisely and accurately the induced rotation of the polarised light. The researchers have been able to achieve a sensitivity that is better than that of the current state-of-the-art equipment by several orders of magnitude.

“Our new chiral-analysis approach provides us with precise results, faster and at better sensitivities than traditional techniques, without the need for any calibration before each measurement run,” said JGU physicist Dr Lykourgos Bougas, lead author of the study.

“Additionally, our technique has been combined with gas chromatography for the first time to separate the individual components in a complex mixture. As a result, the chiral form of each constituent present in a complex blend of gases can be directly and accurately identified.”

The study authors have proposed a range of possible new applications for their detection method. Among these is the quality control of perfumes, currently a particularly complex process as perfumes contain several hundreds or even thousands of natural and synthetic compounds. To demonstrate the effectiveness of their technique, the researchers compared four authentic high-quality commercial perfumes with their low-cost counterfeits. The team was able to differentiate the high-quality original perfumes from their imitations on the basis of their chiral signatures with the help of a single rapid measurement.

The technique might also be of considerable interest in the field of agriculture. Taking a young coniferous plant, the team was able to show that the chiral signature of the plant’s emissions suddenly changed as soon as the plant was damaged. Similar chiral signatures have already been observed in plants subject to drought or disease. These signatures can be employed in practice, for example, to continuously monitor crop plants and trigger an alarm if these are infested by insects, suffer from a shortage of water or become unhealthy.

The method may also assist in acquiring further insights into the physical and chemical processes that occur in our atmosphere. It is known that forests release vast quantities of volatile organic compounds (VOCs) into the environment, many of which are chiral. These molecules not only have an effect on the chemistry and physics of the air around us but also on our climate. VOCs can also be the precursor substances of secondary organic aerosols that influence the Earth’s solar radiation budget.

“We are still largely unaware of the role chirality plays in all these processes,” Bougas said. “In order to better understand this, we need new instruments and new approaches, such as that delivered by our research.”

In order to enable the new method to be implemented in the various areas of application more easily, Bougas and the team hope that a portable version of the device will be developed in future. The cooperating partners have already applied for a patent for their technique.

Unusual behaviour of water at the nanoscale

Do more pores in a sieve allow more liquid to flow through it? This seemingly simple question has...

Researchers have invented a device that electronically converts one metal into behaving like...