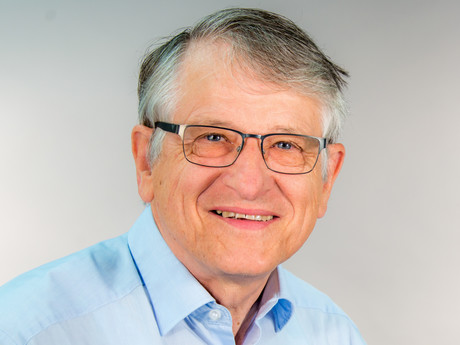 In Sèvres, a small commune on the outskirts of Paris, lies a gleaming lump of metal the size of a palm. Le Grand K, or Big K as they call the platinum and iridium alloy, sits underground in a high-security vault. It is held under three glass bell jars, and can only be retrieved using three separate keys, each held by different individuals.

Contrary to appearances, tampering and theft isn’t the utmost concern for those who guard Big K. Instead, the artefact’s custodians have spent recent years worrying that the alloy isn’t quite living up to the reputation that it’s held for the past century — that it’s no longer exactly one kilogram in mass, but micrograms lighter.

Being off by roughly the weight of a grain of sand might seem trivial, but Big K is the International Prototype of the Kilogram. In other words, it’s the gold standard against which all other kilograms in the world are measured. The tiniest discrepancy in Big K’s accuracy impacts fields such as medicine, electronics and engineering, sectors where precise measurements are paramount.

But a fluctuating kilogram also has rippling effects on other phenomena — such as force, energy and luminous intensity — that use it as the building block for measurements. Because of the wide-reaching consequences an imprecise Big K holds, scientists are now searching for a more reliable and stable standard for the kilogram — one that doesn’t centre on a single piece of metal. Their aim: to redefine the kilogram using a new physical standard by the end of 2018.

“We are about to witness a revolutionary change in the way the kilogram is defined,” said physicist Klaus von Klitzing while speaking at CERN last October. Von Klitzing, who won the 1985 Nobel Prize in Physics, is one of the scientists involved in the kilogram’s makeover.

The change, many argue, is long overdue. The kilogram is one of seven base units that comprise the International System of Units (SI), the most widely used measurement system in the world today. Originally, both the kilogram and the metre were defined by prototypes and the time was fixed by the earth rotation; however, in the meantime, more and more base units are connected to physical quantities of nature that remain the same regardless of time or location.

One second, for example, is defined as the time it takes for the cesium-133 atom to complete 9,192,631,770 periods of radiation for a specified transition. One metre used to be represented by a metal bar stored alongside Big K in France, but is now defined by how far light travels in a vacuum during 1/299,792,458 of a second.

The kilogram remains the only SI unit represented by an unstable artefact. So in 2014, members of the General Conference on Weights and Measures, the international body which oversees the SI system, voted to redefine the kilogram in terms of Planck’s constant, a fundamental constant of quantum mechanics.

The redefinition is a big deal, said John Pratt of the National Institute of Standards and Technology (NIST), the body responsible for the standardisation of weights and measures in the United States. The new definition means we can switch from “a 19th century definition of mass to a more 21st- or 22nd-century definition of mass”, Pratt said. “We could get it based on an idea more than an object.”

When the gold standard is unstable, as Big K has proved, it’s a “huge inconvenience”, said Pratt. Big K’s unaccounted weight loss means its sister cylinders — cast from Big K and shipped around the world for calibration — are no longer identical to the gold standard. NIST’s copies, for example, differ from Big K by roughly 45 micrograms, the weight of an eyelash. That wreaked havoc several years ago, leading to NIST re-issuing certificates for its kilograms and companies producing weights based on NIST’s standards having to manufacture new ones.

Two types of experiments are currently underway, both seeking to measure Planck’s constant with extraordinary precision. The first is the Avogadro Project, led by an international team of scientists. It involves counting the number of atoms in two spheres of silicon that each weigh the same as Big K. With this number — the precise number of atoms comprising a particular substance — researchers can calculate Avogadro’s constant, convert it into a value for Planck’s constant and thus relate the kilogram to atomic mass.

In order to calculate the current and voltage that make up the electromagnetic force, physicists at NIST, who are leading the project, use two different universal constants. One is the Josephson constant, while the other is the von Klitzing constant. It was the discovery of the latter, part of the Quantum Hall Effect, that earned von Klitzing the 1985 Nobel Prize in Physics.

Five years earlier, von Klitzing, from the Max Planck Institute for Solid State Research in Germany, conducted experiments to observe the effect of magnetic fields applied to semiconductors that had been cooled to extremely low temperatures. He discovered that in his experiments the electrical resistance rose in a stepwise manner — an integer fraction of a specific number, 25,812.807 ohms, which is now called the von Klitzing constant.

The Quantum Hall Effect, as the phenomenon is called, is now used globally to calibrate electrical resistances. Scientists can use the von Klitzing constant to measure current in a watt balance.

“With the help of fundamental constants, we have the possibility of establishing units that necessarily retain their significance for all cultures, even unearthly and human ones,” was a visionary statement of Max Planck more than 100 years ago and today we have the chance to realise this vision. The Quantum Hall Effect triggered this realisation.

Von Klitzing will be in Singapore later this month to take part in the annual Global Young Scientists Summit. The five-day event, organised by the National Research Foundation Singapore, aims to facilitate interactions of bright, young international researchers with eminent scientists to discuss key areas of science and research, technology innovation and society, and solutions to global challenges.

Among the topics up for discussion is the kilogram’s makeover. In November, members of the General Conference on Weights and Measures will gather in Versailles, France, to vote on the new definition for the kilogram, alongside that of the ampere, kelvin and mole. If approved, the updated and fixed values will come into effect from 20 May 2019, on World Metrology Day.

Liquid Handling 4.0: what to consider when selecting OEM robotic components

Here are some important questions to ask when selecting OEM components and robotic platforms for...

Safety signage is an effective way to regularly remind all employees, contractors and visitors of...