Definition of the kilogram officially changed 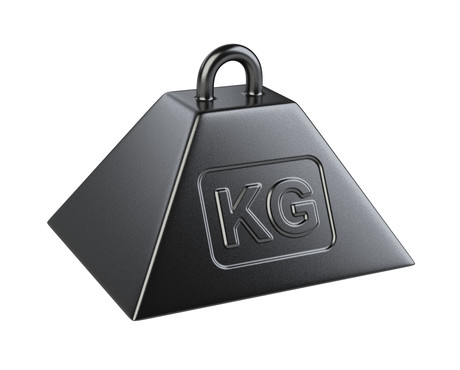 Today (20 May) is World Metrology Day, and scientists are marking the occasion by changing the definition of the kilogram to be based on the Planck constant — a fundamental constant of nature that is inherently stable.

In November 2018, measurement scientists from around the world gathered at the General Conference on Weights and Measures in Paris and voted to redefine the International System of Units (the SI), including the kilogram. This redefinition comes into effect today and will ensure more accuracy.

As explained by Dr Bruce Warrington, Chief Metrologist of Australia’s National Measurement Institute (NMI), World Metrology Day highlights the importance of measurement in every aspect of our lives.

“Measurement underpins science, trade and industry,” Dr Warrington said. “For global trade and international collaboration it is important to speak the same language of measurement, expressed in common units like the second, the metre and the kilogram.

“World Metrology Day is the anniversary of the international treaty first adopting this system back in 1875.

“Back then, it was decided that the kilogram should be defined by a single block of platinum-iridium alloy, known as the International Prototype Kilogram (IPK). This prototype was made in 1889, and since then it has been kept in a high-security vault in Paris, France.

“It was accurate enough for many purposes, but the demands of science for accuracy have increased, especially when working with tiny masses like drug molecules in pharmaceutical research. Moreover, a physical artefact like the IPK, or ‘the Big K’ as it is affectionately known, is vulnerable to damage due to environmental factors like temperature.”

In total, the definitions of four of the seven base SI units will change. The kilogram will be based on a fixed value for the Planck constant (h); the ampere, for electric current, on the charge of the electron (e); the kelvin, for temperature, on the Boltzmann constant (kB); and the mole, for amount of substance, on the Avogadro constant (NA). This is the result of years of research in many disciplines, and Australian researchers played their part.

“CSIRO fabricated perfect spheres of pure silicon, which can be used as new mass standards,” Dr Warrington said. “ANSTO measured the mix of silicon isotopes, critical to the precision of these standards. NMI measured the dimensions of the spheres to the nanometre, or billionth of a metre, and also developed leading-edge electrical standards.”

Continuity will be maintained for practical users. However, just as redefining the second with atomic clocks helped enable GPS navigation, the redefined SI is expected, over time, to enable new technologies that we haven’t imagined yet to be developed.

Scientists are developing a process for removing hexavalent chromium from water, with a little...