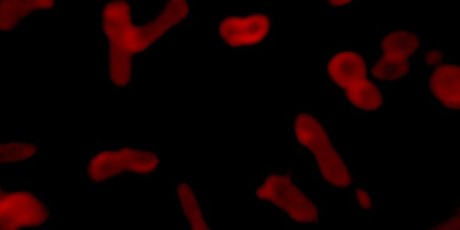 UNSW scientists have developed a way to control the shape of polymer molecules so they self-assemble into non-spherical nanoparticles. Published in the journal Nature Communications, their work is expected to improve the delivery of toxic drugs to tumours.

As noted by Professor Pall Thordarson, senior author on the study, “Very little in nature is perfectly spherical … Most biological structures like cells, bacteria and viruses come in a variety of shapes, including tubes, rods and squashed spheres, or ellipsoids. But it has proved very difficult for scientists to synthesise particles that are not perfectly round.”

Professor Thordarson and his colleagues sought to make smart polymers that could shift their shape according to the different conditions around them, to form tiny ellipsoidal or tubular structures that can encapsulate drugs. He explained, “We have preliminary evidence that these more natural-shaped plastic nanoparticles enter tumour cells more easily than spherical ones.”

The scientists worked with polymer molecules that contain a water-soluble portion and a non-water-soluble portion, and which self-assemble into round, hollow structures, known as polymersomes, in solution. They used cryogenic-transmission electron microscopy — the technique for which the 2017 Nobel Prize in Chemistry was awarded — to determine how the polymer molecules were packed together in solution.

Polymersomes are emerging as powerful new tools to deliver drugs to the desired part of the body, due to their high stability, chemical versatility and the ease with which molecules on their surface can be altered. Their full potential, however, has been hindered by the difficulty of controlling their shape.

“It’s a straightforward but elegant solution which we feel has great potential for making a wide range of complex polymer structures inspired by nature,” said Professor Stenzel.