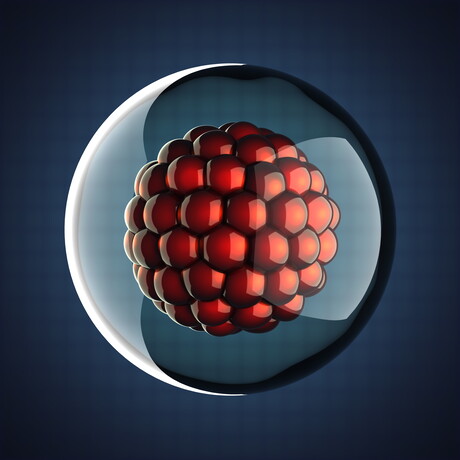 In an effort to select the healthiest embryos resulting from IVF procedures, Belgian researchers have developed a one-stop method to identify de novo variants (DNVs) — genetic mutations that were not previously identifiable in the family history of one of two prospective parents. They presented their findings at the annual conference of the European Society of Human Genetics, held last month.

Where a disease-causing DNV is present in one parent, the risk of passing it to a child can be as high as 50%; therefore, being able to identify healthy embryos for transfer to avoid an affected pregnancy is a high priority. To achieve this goal, identification of the group of genes inherited from one parent (the haplotype) that is linked with the mutation is necessary to transfer only healthy embryos. Until now this has been a difficult process and can often involve multiple embryo biopsies, which in themselves carry a risk.

Dr Eftychia Dimitriadou, Head of the Reproductive Genetics Unit at the Centre for Human Genetics, Leuven University Hospital, and colleagues recruited 22 couples where one of the partners carried a DNV mutation causing a Mendelian disorder, which is normally but not always caused by alterations in a single gene. Current practice for pre-implantation genetic testing (PGT) embryo selection for such couples is complicated, with Dr Dimitriadou explaining, “It involves targeting a specific gene, and therefore important genome-wide information is missing.”

The researchers decided to try to streamline the process by using long read sequencing (LRS), a technique that can read the sequence of very long fragments of DNA. A major advantage of LRS is that it is much more accurate in detecting copy number variants (CNVs) – ie, deletions or duplications of DNA fragments — and single nucleotide variants (SNVs) — ie, alterations in the sequence of a single DNA molecule, especially in regions where the same sections of DNA are repeated. Determining the existence of such variants has important implications for the diagnosis or prediction of genetic disease. Specifically, LRS enables the separate sequencing of the two copies of a DNA region or fragment (in the prospective parent carrying the de novo mutation), one inherited from each parent (the ‘grandparents’ of the embryo).

“This allows us to determine whether the disease-causing mutation is located on the maternal or paternal copy of the affected chromosome in patients with DNVs,” Dr Dimitriadou said. “Subsequently, we can perform a comprehensive analysis of embryos in a single test and transfer those that are unaffected — and all this in a single workflow. However, this is the best-case scenario. On the rare occasions when the two grandparents have the same SNP profiles, interpretation is even more challenging.”

In addition to detecting dominantly inherited disease, where a single copy of the disease-associated mutation is sufficient to cause disease, the test is also able to detect embryos with a genome-wide abnormal number of chromosomes (aneuploidies). However, a comprehensive test does not mean that it is possible to detect every single genetic abnormality.

The new test only came into clinical application recently, but of the 23 IVF/PGT cycles that have already taken place, 15 embryos were mutation-free, free of detectable genome-wide genetic abnormalities and of adequate quality for transfer. Six pregnancies resulted and three babies have been born.

“Because children born with a genetic disorder often have severe physical manifestation, it is understandable that their parents are frequently concerned by the risk of a child being affected with inherited disease; for example, neurofibromatosis or Alport syndrome,” Dr Dimitriadou said. “For the parents, the discovery that one of them has the disease has already imposed a huge emotional burden, and so we are proud to have been able to bring new hope to affected families.”