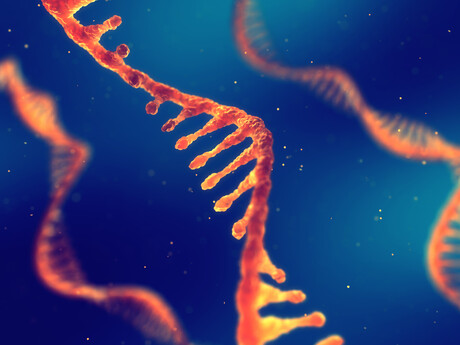 RNA-seq is an essential research tool that holds exciting prospects for the early detection of cancer. However, in clinical samples highly abundant mRNA and rRNA sequences obscure rarer RNA subtypes that may hold the keys to early cancer detection, such as long non-coding RNA. Here we dive into recent research from the University of Ghent outlining the use of targeted RNA-seq to enrich lncRNA from various sample types and discuss how recent advances make target enrichment an invaluable tool for high-resolution RNA-seq experiments.

As a rule of thumb, treating cancer is much easier and more successful when detected early. In a UK report from 2018, only 55% of cancers are detected at stage 1 or 2. Cancer type also plays a significant role in early detection. In the report, 90% of testicular cancer cases were detected early, compared to only 22% of pancreatic cancers.1

Researchers have long been searching for screening methods that are minimally invasive and non-damaging yet sensitive enough to detect small populations of cancerous cells, aiding and improving early detection. Out of this effort has grown an increased excitement around a genetic element called long non-protein coding RNA (lncRNA).

lncRNAs belong to a diverse category encompassing any RNA molecule that is more than 200 nucleotides in length and does not translate protein-coding information. There are thousands of recognised lncRNA transcripts, some of which are believed to play an instrumental role in cancer development and progression. Cancer-associated lncRNA transcripts can be found circulating in a patient’s blood. This means that liquid biopsies utilising RNA sequencing (RNA-seq) for the detection of lncRNA could be a valuable diagnostic tool.

Though, for the most part, we know very little about lncRNA transcripts, much less in what contexts they’re expressed. Their elusiveness is primarily due to technological limitations that make sequencing and identifying lncRNA very difficult.2–4

Fortunately, advances in oligonucleotide synthesis and RNA-seq are helping researchers unravel lncRNA and its many mysteries. Here, we’ll dive into a recent advancement in this field. Researchers from Ghent University, Belgium, have developed a highly sensitive RNA-seq method for identifying lncRNA transcripts from myriad sample types, providing a promising tool for early cancer detection. 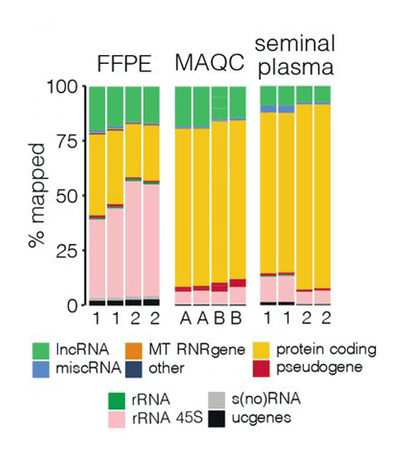 One way to overcome this challenge is through the use of targeted RNA-seq, wherein broad pools of genetic material are filtered to enrich specific RNA transcripts. Doing this allows sequencing resources to be focused on the selected transcripts and prevents masking of data from undesired, more abundant transcripts.

The advantages of a targeted RNA-seq approach are emphasised in a pre-print paper by Morlion et al (2021). The team leveraged a custom panel of 565,878 target capture probes that were synthesised by Twist Bioscience. For comparison, the researchers also used total RNA-seq, which casts a wide net to detect many forms of RNA, including mRNA and lncRNA. 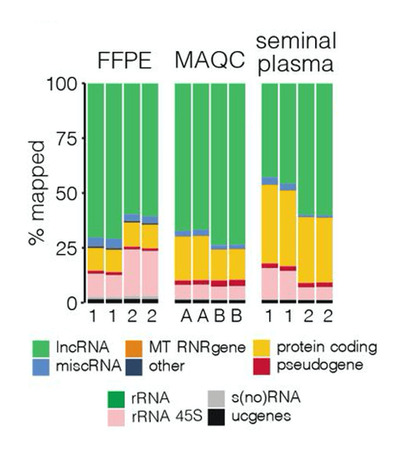 In short, by specifically designing a uniform library of probes to target and enrich for lncRNA transcripts, the team was able to greatly improve sequencing coverage, sensitivity and reproducibility of sequencing relative to the current gold standard of total RNA sequencing.

The findings presented by Morlion et al contribute to the growing body of evidence suggesting that RNA-seq can become more sensitive when paired with target enrichment. However, realising this potential requires the careful design of probe libraries optimised for both uniformity and a high on-target rate.

On-target rate is a measurement of how many of the captured sequences were intended targets, whereas uniformity is a measure of how evenly this capture occurs. Optimising both uniformity and on-target rate improves sequencing metrics for a more sensitive experiment, especially important when working with an elusive nucleotide type like lncRNA. 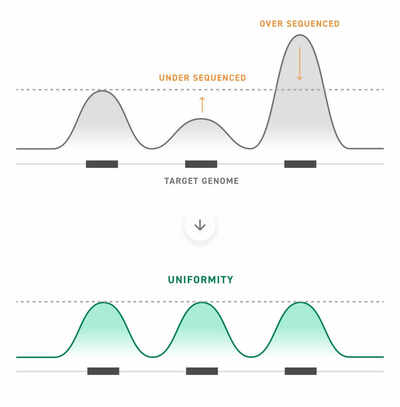 Uniformity describes the read distribution along target regions of the genome. RNA target enrichment libraries that are not optimised for uniformity (shown in top panel) result in over sequencing of highly expressed targets and underrepresentation of low-expression targets. Designing for uniformity can provide more evenly distributed and sensitive coverage (shown in the bottom panel).

Expressed in a highly cell-specific and time-dependent manner, lncRNA could be leveraged for both therapeutic development and diagnostics.6

More research is needed for lncRNAs to become clinically significant biomarkers. Researchers will need to be able to identify, quantify and study the many different types of lncRNA that may be rare or lowly expressed under various conditions. To do that, they’ll need sensitive and efficient assays like the targeted RNA-seq assay described here.

The automated liquid biopsy test can accurately detect the presence of cancer DNA in the blood of...