The power of cross-disciplinary collaboration 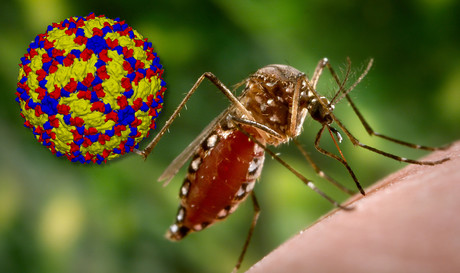 Paul Young*, Professor of Virology and Head of School of Chemistry and Molecular Biosciences, University of Queensland, takes us down the microbial rabbit hole ahead of the Australian Society of Microbiology 2018 Rubbo Oration ‘Virologist in Wonderland’.

Lab+Life Scientist: How did you first become interested in science?

Professor Paul Young: A natural inquisitiveness and wonder about the world that began from as early as I can remember. Much to the frustration of my parents, I was one of those kids who had to take everything apart to find out how it worked — and yes, sometimes things didn’t quite go back to the way they were. I had quite a few toys relegated to the dark corners under the house. But that’s all part of the discovery process and my ongoing fascination with science. Things don’t always go according to plan, but you inevitably learn something from going down the wrong path — such as discovering an even more fascinating one. It has always been a complete mystery to me as to why, with all this prior knowledge of my exploratory tendencies, my parents bought me a chemistry set when I was about 12 years old. Anything could have happened — and it scares me now when I remember the concoctions I experimented with under their house. I converted some spare space into my own ‘lab’ and even had an old cupboard stocked with chemicals that I had purchased with my pocket money from a chemical supplier — just imagine that happening now. These weekends in my own lab, often as not with my friends as fascinated participants, are my first memories of being hooked with the process of science.

I loved chemistry and biology at school and choosing science at university was a no-brainer. What kept me in science was a number of teachers and mentors who nurtured that fascination and passion throughout my undergraduate and postgraduate years. The passion is still there, as strong as ever, and I now look to my students, colleagues and mentors (you never lose the need for good mentors) to keep the fire stoked.

LLS: What specifically drew you to virology?

PY: It is a statement of the obvious that your experiences, whether positive or negative, can define your path in life. I entered university with a clear idea of a career in industrial chemistry. It’s obvious for someone who set up his own chemistry lab as a young teenager. But first-year chemistry cured me of that. It wasn’t the content, but the dry, unimaginative lectures. It is somewhat ironic that chemistry underpins much of what I now do, particularly in drug discovery, and as Head of School of Chemistry and Molecular Biosciences. On the other hand, my lectures in biochemistry and microbiology were absolutely fascinating. This was the mid-70s and the genetic engineering revolution was just beginning — exciting and controversial times given the radical concept of manipulating life’s genetic code. In one of my courses, our dynamic lecturer threw out the curriculum and simply took us through the latest papers in Nature. I remember one day he bounded into the lecture theatre waving the latest issue of Nature (delivered by post, not electronically) shouting out, “You won’t believe what they have just been able to do!”

Genetics and bacteriology excited me. I wanted to do honours in the only lab at UQ that was doing experiments in genetic manipulation. I had been accepted, but the previous honours students decided to both stay on for their PhDs and that meant there was no room that year to take new honours students. I was devastated, of course, but after searching around, I found a virus lab at QIMR, in Brisbane, that was working with viruses as tools for evolutionary studies. So, for no better reason than space limitations, my career went down the virus rather than bacteriology path. I have not regretted for one moment that nudge onto a different path than the one I was expecting.

PY: My lab’s central interest for over 30 years has been the study of dengue viruses, how they cause severe disease and how we diagnose and control them. The latter has included both vaccine and antiviral drug design strategies. We are fundamentally a virology lab and bring to our work all that entails including underpinning expertise in molecular, cell and structural biology as well as recombinant protein engineering. With that expertise, we have occasionally ventured outside our dengue focus with other long-term projects on respiratory syncytial virus (RSV) and koala retrovirus (KoRV).

The lab is currently focused on four main areas of investigation — the role of the dengue virus protein NS1 in the pathogenesis of severe dengue disease, in particular in the induction of vascular leak (founded on our observation that NS1 is a TLR4 agonist); a generic subunit vaccine approach to a wide range of enveloped viruses based on our patented strategy for locking viral fusion proteins in their pre-fusion configuration; the delivery of both existing (polio, measles, rubella) and new vaccines to the skin by a micro-needle array patch in collaboration with Vaxxas; and our ongoing study on the impact of the invasion of the koala genome by KoRV.

LLS: Could you share one of your Eureka moments?

PY: As part of a dengue vaccine program, we designed a capture ELISA in 1991 as a simple lab tool to measure recombinantly expressed NS1 which we were studying as a candidate vaccine immunogen at the time. This is an unusual glycoprotein that is secreted from infected cells and the Eureka moment was realising that as a secreted protein it might also be a biomarker of infection in patient blood. We decided to test a bank of patient sera for its presence and were stunned to find very high levels — up to 50 µg/mL — in some serum samples. It took a further 15 years to fully validate NS1 as a viable diagnostic biomarker of early dengue infection and to bring the assay to commercial release, but it is now the foundation for many dengue and other flavivirus rapid assays. Keep an open mind and think outside the usually constrained data box.

LLS: What are you going to talk about at the ASM conference?

PY: It is an honour to have been chosen as the Rubbo Orator this year. I will take the opportunity to reflect on some of my experiences in research and academia and to draw some lessons learned. The Virologist in Wonderland title is a reflection of the exciting opportunities I have had as well as some of the unexpected turns that a career in science can often take. I will also spend some time on our recent exciting work with a recombinant protein engineering approach to subunit vaccine design that constrains viral fusion proteins in their more immunogenic, pre-fusion configuration. I will outline our application of this generic vaccine platform technology to rapid response efforts to emerging disease threats as well as to the generation of new influenza vaccines and our progress towards a universal flu vaccine.

LLS: What are some of the biggest challenges in infectious disease research?

PY: The two biggest challenges that we face in infectious disease research today involve effectively addressing the global threats posed by expanding antimicrobial resistance and the regular emergence or re-emergence of new or previously rare diseases. The significant challenge for both lies not only in the fundamental research required to develop new control strategies but the way we translate that research into clinical application.

The traditional, costly and time-consuming drug and vaccine development pipeline — normally the sole province of big pharma — as well as the regulatory framework in which they operate both need to reflect the urgency with which these threats have to be met. These are not insignificant challenges but there are new players that include government, philanthropic funders, NGOs and a more willing big pharma sector engaged in helping drive drug and vaccine development further along the pipeline, along with positive moves to new, special-case accelerated pathways to regulatory approval. Preparedness and rapid response have also now become catch phrases for a new approach to emerging disease threats, following the poor ‘reactive’ response to the Ebola and Zika outbreaks of recent years. The lessons learned have led to a far more effective and coordinated global response to the latest re-emergence of Ebola. While the threats are still there, we should feel encouraged that real action is starting to follow the rhetoric.

LLS: What do you think the future holds for virology research?

PY: Not just the future, but now is a particularly exciting time for a virologist. Like many other fields of science at the moment, we are embracing cross-disciplinary collaboration. Significant developments in underlying technologies such as deep sequencing, mass spectrometry (proteomics, metabolomics, lipidomics, glycomics, etc), structural biology (cryo-EM) to name a few, require a multidisciplinary approach. They are even revolutionising the questions we can ask, let alone the answers we can generate. The sheer quantity of data being generated, big data, offers both opportunities and challenges. A new breed of bioinformaticians is now needed to help us make sense of all this data.

However, the real opportunities I see are in moving further away from our traditional reductionist approach to research to a more systems-based approach. While the reductionist path is still critical to nail down specific biological players, molecular interactions and pathways, we can now ask more complex systems questions and interrogate interacting players without specific prior knowledge. Stunning insights are now coming out of polymicrobial studies where previously unrecognised interactions, synergies and competition between multiple bacteria, viruses and their hosts are in play in the one environment, whether it be the human respiratory tract, termite gut or the ocean’s waters. The knowledge gained from these studies will certainly have a significant practical impact. Just around 5–10 years ago it would have been technically challenging, if not impossible, to sequence the entire nucleic acid population of a complex biological sample. Now, with new deep sequencing approaches we can take this capacity into the field. How primitive PCR now looks and how exciting the future. The big opportunities are now in asking the big multisystem questions.

Image caption: Professor Young’s laboratory has investigated diagnostic and control measures for the mosquito-transmitted dengue viruses for over 30 years. This image shows the structure of the dengue virus and the mosquito that transmits it to humans, Aedes aegypti.

Protein production: understanding the workflow from start to finish

In research, the protein production, protein purification and protein analysis workflows are...