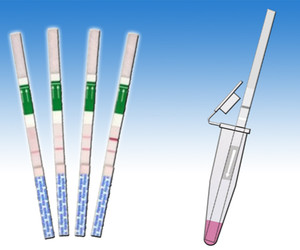 The Abraxis Glyphosate strip test is a rapid immunochromatographic test designed solely for use in the qualitative screening of glyphosate in water and food samples. For food samples such as honey, lentils, baby food and wheat/oat cereal, a simple sample extraction is necessary, although the kits do not require any additional materials to perform the test.

Glyphosate, a broad-spectrum systemic herbicide, was introduced in 1974 by Monsanto under the trade name Roundup. Said to be the largest selling agrochemical in the world, glyphosate is marketed under dozens of trade names by many different manufacturers. It is used for vegetation control of perennial and annual plants, broad-leaf weeds, grasses, woody plants and aquatic weeds, as well as grain dessication to increase harvest yield.

The introduction of genetically modified crops resistant to glyphosate has caused an increased use of glyphosate, allowing farmers to control weeds without harming their crops. Due to its widespread use, glyphosate has become ubiquitous in the environment and food supply.

Glyphosate can adsorb to soil and is highly water soluble, which can cause surface and groundwater contamination from run-off, soil erosion and leaching. The long-term impact on the environment and human health are growing concerns worldwide.

I am interested in Abraxis Glyphosate strip test kits . 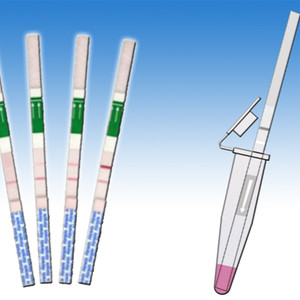