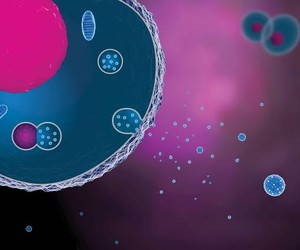 Exosomes have important roles in the spread of protein, mRNA, miRNA and DNA, and they are the contributing factors in the development of several diseases. Exosomes essentially deliver many of their functions as an intercellular shuttle with a cargo of proteins and RNAs for the target cell regulation. The miProfile exosome arrays allow researchers to profile the differential expression of miRNAs in exosomes from different samples (urine, blood or milk) and various cancers to gain understanding of the role of miRNA in the intercommunication occurring between different cells.

Exosomal miRNAs in the tumour microenvironment may impact tumour proliferation, vascularisation, metastasis and other biological characteristics. Exosomal miRNAs are likely to be applied as promising non-invasive biomarkers and potential targetable factors in cancer diagnosis and treatment.

The arrays are sensitive, with the ability to detect miRNA from as little as 10 pg of small RNA or 20 pg of total RNA. They are also specific enough to distinguish miRNAs with single nucleotide mismatches; each primer set has been experimentally validated for specific amplification.

The Cell Counting Kit-8 (CCK-8) from Dojindo is a pre-mixed, nonradioactive one-bottle solution...

I am interested in GeneCopoeia miProfile exosome miRNA qPCR arrays . 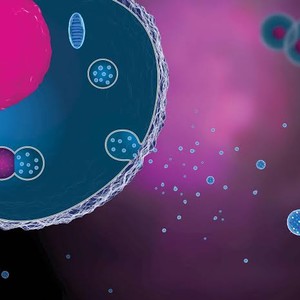