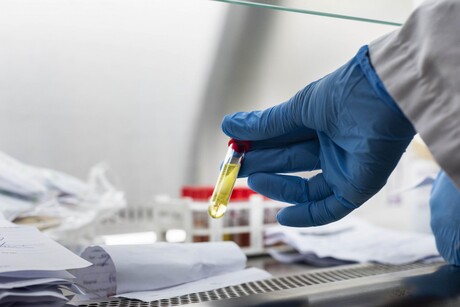 The rollout of new, World Health Organization (WHO) approved, antigen-based rapid diagnostic tests for COVID-19 in Africa are expected to significantly boost testing capacity, marking a game changer in the continent’s fight against the novel coronavirus.

Many African countries have struggled to test in sufficient numbers to control the pandemic, with only 12 in the region reaching a key threshold of 10 tests per 10,000 people per week during the past month. They have also often fallen short when compared to other countries of a similar size in a different region. For example, Senegal has significantly boosted its testing capacity but is testing 14 times less than the Netherlands, while Nigeria is testing 11 times less than Brazil.

Most countries in the region conduct polymerase chain reaction (PCR) tests — considered the gold standard — which require laboratories, reagents and experts, limiting COVID-19 testing mostly to large cities. People can wait from 48 hours to more than 10 days for results as they are sent for laboratory verification.

By contrast, the new rapid tests are easy to use, cheaper than PCR tests and provide the results in just 15–30 min. In testing for proteins produced by the SARS-CoV-2 virus, bodily fluids are taken from a nasal swab and applied with liquid to a paper strip, where a dye gives the result.

“The widespread use of high-quality rapid testing in Africa can revolutionise the continent’s response to COVID-19,” said Dr Matshidiso Moeti, WHO Regional Director for Africa.

“Most African countries are focused on testing travellers, patients or contacts, and we estimate that a significant number of cases are still missed. With rapid testing, authorities can stay a step ahead of COVID-19 by scaling up active case finding in challenging environments, such as crowded urban neighbourhoods and communities in the hinterlands.”

The WHO notes that rapid antigen tests are an addition to PCR tests, not a replacement for them, and that it only recommends tests that are above 80% accurate. The tests are also more reliable in patients who are symptomatic, with a high viral load, or a lot of virus in their upper respiratory tract. The WHO recommends that the tests should be used in four scenarios:

The two tests that WHO has approved for emergency use are the Standard Q COVID-19 Antigen Test, by SD Biosensor, and the Panbio COVID-19 Antigen Rapid Test Device, manufactured by Abbott. Globally, 120 million of these tests are being made available to low- and middle-income countries through The Access to COVID-19 Tools (ACT) Accelerator, a coalition launched by WHO and partners.

Under the umbrella of The ACT Accelerator, Unitaid, The Global Fund, FIND and the Africa Centres for Disease Control will distribute the tests in 20 African countries. The WHO is also supporting countries to procure the tests through the supply portal set up by the United Nations, and is working hand in hand with countries and partners to prepare for the rollout of the rapid tests by deploying technical experts, developing a training package and issuing key guidance documents with detailed information on how and when to use the tests.