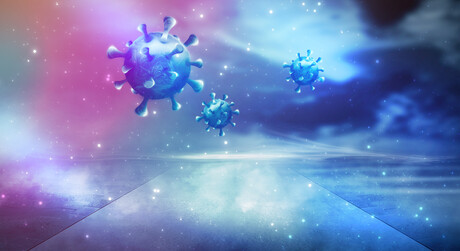 The Therapeutic Goods Administration (TGA) has announced that at-home rapid antigen tests (RATs) for COVID-19 will be available in Australia from 1 November 2021, subject to individual tests being approved as safe and effective — complementing the use of so-called gold standard polymerase chain reaction (PCR) tests for diagnosing SARS-CoV-2 infection.

As explained by Professor Thea van de Mortel, Deputy Head of the School of Nursing and Midwifery at Griffith University, an RAT detects an antigen — a viral protein capable of stimulating an immune response — by using chemicals to release the proteins and then putting the solution onto a paper strip that has the specific antibodies that bind to the antigen and create an observable change. Whereas it can take anywhere from hours to days to get a PCR test result, RATs can take as few as 15 minutes, depending on the brand. Furthermore, while PCR can usually only be done in labs by trained technicians, RAT can be done by anyone, anywhere.

The downside of a RAT, said Prof van de Mortel, is that it has lower sensitivity (correctly detecting people who are infected) and specificity (correctly getting a negative result in an uninfected person) than PCR. It is also more prone to false positive and false negative results, with accuracy more likely when the patient is symptomatic and viral load is high.

Jaya Dantas, Professor of International Health in the School of Population Health at Curtin University, is more optimistic about RATs, noting that they are easy to use and are currently being deployed in the USA, the UK, Singapore and many European countries. “Due to their quick-turnaround testing times,” she said, “they can play a part with truck drivers, sports people, teachers, travellers and the general population just wanting to know their COVID-19 status.”

The TGA will allow companies to formally apply for regulatory approval to supply their at-home tests for use in Australia after 1 November, which aligns with the timeframe where it is expected that approximately 70% of eligible Australians will be double vaccinated. Individual tests will require TGA approval and inclusion in the Australian Register of Therapeutic Goods (ARTG), as for all other testing kits. The TGA will also work with suppliers and manufacturers of self-tests to ensure:

The regulator also said it is important that the appropriate systems are in place, including by state and territories, to ensure the reliable use of at-home tests occurs at the earliest possible time, and that any consumer who has a positive rapid antigen test result is supported to immediately have a confirmatory PCR test at a COVID-19 testing centre.

The TGA has already commenced the review of data and information for self-tests for those suppliers who have responded to the registration of interest process. According to Minister for Health and Aged Care Greg Hunt, the regulator has so far received over 70 expressions of interest and 33 tests have been approved for supervised use in other settings.

“They will now be considered and made available if found to be safe and effective,” Hunt said.

The lab will make available the latest in DNA sequencing, array platforms and data analysis...

The TGA has approved a total of nine COVID-19 rapid antigen tests, while vaccine booster shots...

Sydney's 'factory of the future' ready to drive state-wide innovation