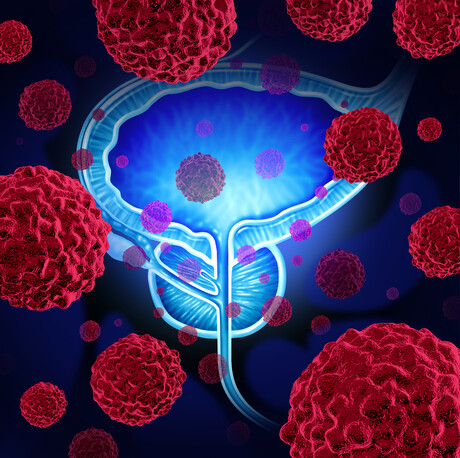 Researchers from the University of Birmingham have developed a new urine test for bladder cancer that could reduce the need for invasive and time-consuming diagnostic procedures.

The test will use highly sensitive liquid biopsy technology developed by Nonacus, a provider of genetic testing products for precision medicine and liquid biopsy, in conjunction with a panel of biomarkers developed and validated by Birmingham’s Rik Bryan and Dr Douglas Ward, to detect the presence of bladder cancer by finding DNA from tumour cells present in the urine. The biomarker panel, which consists of 443 genetic mutations that are common in bladder cancer, has been validated in a deep sequencing study recently published in the journal European Urology Oncology.

Each year, over 300,000 cystoscopies (camera inspections of the bladder) are carried out in England; however, around 80% of patients with haematuria (blood in the urine) who’ve had cystoscopy are found to have no cancers or abnormalities. As noted by lead researcher Richard Bryan, “Even though cystoscopy is good at detecting bladder cancer, it’s invasive and time-consuming for patients, so we need a better way to diagnose patients.”

In their study, the researchers used their test to analyse urine from 165 people with bladder cancer who had experienced haematuria, and successfully detected the disease in 144 of them (87%). The researchers believe that using their test in the haematuria clinic could reduce the number of patients requiring a cystoscopy by at least 45%.

“In the future our test could be an easier way to get people with bladder cancer diagnosed faster, and could mean that tens of thousands of cystoscopies on healthy patients can be avoided each year,” Ryan said.

The researchers also looked at using the test in 293 patients who had already been treated for bladder cancer and were being monitored for the cancer returning. In this setting, the test returned a higher proportion of false positive results compared to when used in the haematuria clinic (37.5% vs 15.2%), with 99 positive urine tests without a tumour being seen by cystoscopy on the same day. However, during their follow-up monitoring, the patients who had those positive results had almost three times higher (11% vs 4%) rates of the cancer returning within 24 months, indicating that the test could help detect recurrent disease before it is visible by cystoscopy. Further research is needed for the test to be used for surveillance.

The researchers are working in partnership with Nonacus to turn their approach into a clinical test for patients to be used within the NHS, and will start a clinical study funded by Cancer Research UK involving over 3000 patients to evaluate just how powerful the test is at reducing the number of cystoscopies.

“Early detection of cancer is key for improving patient outcomes and research like this could help identify the patients that need treatment soonest, while easing the pressures of diagnostic procedures on the NHS,” said Iain Foulkes, Executive Director of Research and Innovation at Cancer Research UK. “We look forward to seeing how the test performs in the next clinical trial.”