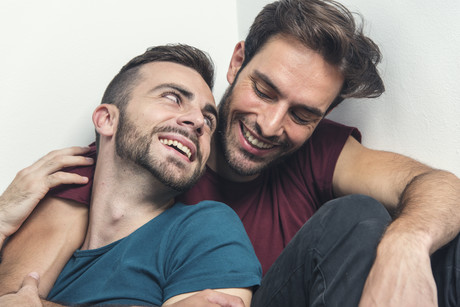 European researchers have shown that suppressive antiretroviral therapy (ART) for HIV reduces the virus load down to undetectable levels, meaning the virus is no longer transmissible.

The first phase of the PARTNER study, which took place between September 2010 and May 2014 and was published in 2016, recruited and followed up 1116 serodifferent couples who were not using condoms. These 888 couples, both heterosexual and homosexual, provided 1238 eligible years of follow-up from 14 European countries. The PARTNER2 study included gay male couples only.

Between September 2010 and July 2017, 972 gay couples were recruited, of which 782 provided 1593 eligible years of follow-up — the main reasons couples weren’t included in the analysis were because no condomless sex was reported, they had used pre-exposure or post-exposure prophylaxis (PrEP or PEP) or HIV viral load or HIV test results were not available.

Couples had frequent follow-up (every 6–12 months) to complete confidential questionnaires on their sexual behaviour, to test HIV-negative partners for HIV and to measure plasma HIV-1 viral load in the HIV-positive partner. If HIV-negative partners became infected with HIV, genetic testing was done to see whether the virus was genetically similar to their study partner’s virus or was acquired from another sexual partner.

The researchers estimate that effective ART prevented around 472 HIV transmissions during the eight years of the study. They noted that 15 HIV-negative men did become infected with HIV, but none of the viruses screened in the newly infected partner were genetically linked to the HIV virus that had infected their main partners — ruling out any within-couple HIV transmissions.

The observational study, which is the largest of its kind and has been published in The Lancet, provides conclusive evidence that having an undetectable viral load (>200 copies/mL) on ART means that the virus is untransmittable. The results thus support the international U=U (undetectable equals untransmittable) campaign that has been endorsed by more than 780 HIV organisations in 96 countries, to raise awareness of how scientific evidence shows that effective ART means people living with HIV can have sex without fear of transmitting the HIV virus to others.

“Our findings provide conclusive evidence for gay men that the risk of HIV transmission with suppressive ART is zero,” said Professor Alison Rodger from University College London, who co-led the research. “Our findings support the message of the international U=U campaign, that an undetectable viral load makes HIV untransmittable.

“Increased efforts must now focus on wider dissemination of this powerful message and ensuring that all HIV-positive people have access to testing, effective treatment, adherence support and linkage to care to help maintain an undetectable viral load.”

The authors emphasise the importance of regular monitoring and supporting people with long-term adherence to therapy and caution that the effectiveness of ART in preventing HIV transmission is dependent on ensuring that the virus remains undetectable in the blood. They also note several limitations, including that most HIV-negative gay men were white with an average age of 38 years — yet most HIV transmission occurs in young people aged 25 years or younger. Additionally, the majority of HIV-positive partners had been on suppressive ART for several years, so the authors had limited data on transmission risk during the initial months of ART.

Nevertheless, researchers are optimistic that ART and other strategies will continue to push us towards the end of AIDS.

SMC to exhibit at the WIOA Virtual Water Exhibition