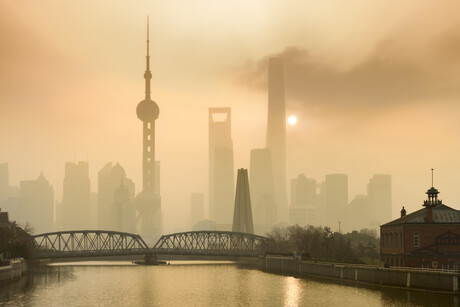 Two recent studies have identified links between ambient air pollution and disease, highlighting the need for at-risk populations to be aware of the air quality in the areas where they live and to minimise their exposure to pollution where possible.

The incidence of metabolic-associated fatty liver disease (MAFLD), formerly known as non-alcoholic fatty liver disease (NAFLD), has increased steadily since the 1980s, currently affecting a quarter of the global population and a majority of patients with adult-onset diabetes. With the potential to progress to end-stage liver diseases such as cirrhosis and liver cancer, liver transplantation and liver-related death, MAFLD grew to affect 40% of the population in Asia between 2012 and 2017.

Animal studies have shown that breathing air pollutants may increase the risk of MAFLD; for instance, fine particulate matter exposure may trigger a non-alcoholic steatohepatitis (NASH)-like phenotype, impair hepatic glucose metabolism and promote hepatic fibrogenesis. But epidemiologic evidence for this association has been limited, so researchers led by Sichuan University’s Dr Xing Zhao set out to improve their understanding of the effects of air pollution on human health.

The investigators conducted an epidemiologic study on the potential role of ambient air pollution in the risk of MAFLD in approximately 90,000 adults in China based on the baseline survey of the China Multi-Ethnic Cohort (CMEC), a prospective cohort that enrolled nearly 100,000 participants in south-west China from 2018 to 2019. The CMEC collected participant information including sociodemographics, lifestyle habits and health-related history through verbal interviews, and subsequently assessed anthropometrics, biosamples (blood, urine and saliva) and imaging data.

The researchers found that long-term exposure to ambient air pollution may increase the odds of MAFLD, especially in individuals who are male, smokers and alcohol drinkers, and those who consume a high-fat diet. Their results, published in the Journal of Hepatology, found that unhealthy lifestyle behaviours and an excess accumulation of fat in the abdominal area may also exacerbate the harmful effects. The investigators thus propose that air pollution should be recognised as a modifiable risk factor for MAFLD.

“Our findings add to the growing evidence of ambient pollution’s damaging effects on metabolic function and related organs,” said Dr Zhao and his co-investigators. “However, physical activity did not seem to modify the associations between air pollution and MAFLD. We suggest that future studies explore whether the timing, intensity and form of physical activity can mitigate the harmful effects of air pollution.”

Meanwhile, researchers at Nanyang Technological University, Singapore (NTU Singapore) and The Chinese University of Hong Kong have linked increased air pollution to an uptick in cases of lung adenocarcinoma (LADC) — a type of cancer in which research suggests that genetic, environmental and lifestyle factors play a part. The team’s study, published in the journal Atmospheric Environment, also concluded an overall lower consumption of tobacco worldwide is statistically linked to fewer people contracting lung squamous cell carcinoma (LSCC), which is often linked to a history of smoking.

The study showed that a 0.1 μg/m3 increment of black carbon (soot) in Earth’s atmosphere is associated with a 12% increase in LADC incidence globally. Black carbon is a pollutant that is classified as PM2.5 (atmospheric particulate matter that has a diameter of less than 2.5 μm), and the research team found that it has increased globally by 3.6 μg/m3 yearly from 1990 to 2012. Incidence of LADC is particularly prominent in Asia, where emissions of black carbon (11.9 μg/m3/year) and sulfate (35.4 μg/m3/year) have been on the rise.

“In our study, we were able to determine that the global increase of lung adenocarcinoma is likely associated with air pollution,” said study leader Professor Joseph Sung, NTU’s Senior Vice President (Health and Life Sciences). “It had always been unclear, in the past decades, why we are seeing more females and more non-smokers developing lung cancer worldwide. Our study points to the importance of environmental factors in the causation of specific types of lung cancer.”

Meanwhile, a 1% decline of smoking prevalence was associated with a 9% drop in LSCC incidence globally, with the number of smokers worldwide having fallen by nearly 6% from 1990 to 2012. However, a positive association between smoking and LSCC was demonstrated for females in Asia, North America and Oceania, where a 1% increment in the number of female smokers was associated with a 12% increase of the cancer in those geographies. The scientists explained that despite lower overall percentage of smokers worldwide, there were more smokers worldwide due to massive population growth from 1980 to 2012, resulting in the number of female smokers increasing 7%.

“Results of this study should give us fair warning that air pollution should be better controlled to protect health and avoid premature deaths from lung cancer or related illnesses, particularly in populations that live near urban areas, which are known to experience high levels of pollutant emissions,” Prof Sung said.

“Our findings underscore the urgent need for further research into how pollutants such as black carbon and sulfate lead to the development of lung adenocarcinoma, and for international leaders and experts to look into mitigation strategies for air pollution.”

The team plans to carry out further research to investigate the functions of black carbon and sulfate in the development of LADC, which could lead to new studies to combat the surge of the cancer. The team also hopes to explore other pollutants that might be linked to lung cancers.