All flared up about inflammation 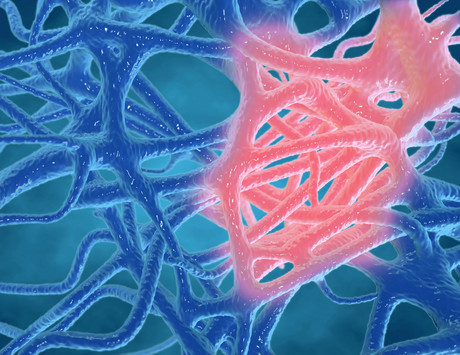 At the 14th World Congress on Inflammation, held in Sydney from 15–19 September, attendees learned that inflammation lies at the heart of almost all disease. But what can be done about it? British physician, science journalist and documentary maker Michael Mosley had a few tips.

Dr Mosley attended the Congress as a guest of the Centenary Institute — an independent medical research institute located on the campus of the Royal Prince Alfred Hospital. With inflammation being one of its key areas of focus, the institute was all too happy to host a free public lecture (the Centenary Oration) as part of the Congress — giving Dr Mosley a platform to explain in lay terms exactly what inflammation is, what it does and how it can be controlled.

When working properly, inflammation is the body’s way of protecting us from microbes and pathogens — for example, by creating swelling around a wound. Chronic inflammation is what occurs when the immune system becomes overreactive, and it can lead to a range of inflammatory diseases. Heart disease, type 2 diabetes and cancer are all “unequivocally linked with inflammation”, Dr Mosley said, and evidence suggests that an inflammatory element is also present in mental and neurological disorders such as dementia, depression and anxiety.

So what causes this overproduction of inflammatory signals? According to Dr Mosley, some of the key culprits include smoking, stress, lack of sleep and obesity — particularly visceral fat around the stomach.

“A recent paper showed that abdominal fat secretes chemicals that promote insulin resistance and inflammation,” he said. “So the stuff in your gut is not passive. It seems to be different to fat on the breast, fat on the bottom. It seems to induce inflammatory change.”

Dr Mosley has first-hand experience of inflammatory disease, beginning when his father died from complications relating to type 2 diabetes including dementia and heart disease. So when Dr Mosley himself was diagnosed with type 2 diabetes back in 2012, he set out on a mission to reverse it — which is how he first came across the idea of intermittent fasting, also known as intermittent energy restriction. 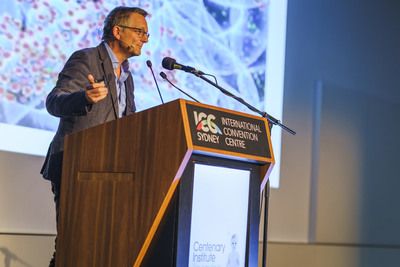 Dr Mosley revealed that interest in intermittent fasting began back in the 1930s, during the height of the Great Depression, when circumstances forced people to consume considerably fewer calories than they had before. The US Government, worried about the impact this would have on health, funded Cornell University research into the impact of living on two-thirds of one’s normal calorie intake.

“They did it with rodents, and they expected the rodents to drop dead of a variety of illnesses — but to their great surprise, these rodents lived 50% longer than normal rodents,” Dr Mosley said. “They had discovered the elixir of youth, quite inadvertently — the only thing that has ever been shown to extend a healthy life in every single species it has been tried on. And inflammation seems to be at the heart of that.

“More recently, when they looked back at the data from the Great Depression in America, life expectancy jumped by eight years across all groups. Didn’t matter what social class you were, your ethnic origin, it jumped by eight years. Never been seen anywhere since, and they think that was to do with calorie restriction.”

More recent data surrounding intermittent fasting comes from Mark Mattson, a professor of neuroscience at Johns Hopkins University and Chief Scientist at the National Institute on Aging. When he met with Dr Mosley, he revealed that in rodents, intermittent energy restriction protects against diabetes, cancer, heart disease and neurodegeneration — with particularly interesting results in mice that were destined to develop Alzheimer’s disease. When the mice were put on a diet of feast days and fast days, they lived six months to a year longer with normal learning and memory before they started having problems. On the other hand, when they ate a fast food diet (emulated by the presence of fructose in their drinking water), onset of learning and memory problems began three to four months sooner.

“The mechanism seems to be something called BDNF — brain-derived neurotrophic factor,” Dr Mosley explained. “And this is something which is released in the brain when you are doing fasting, intermittent fasting or indeed exercise. The great thing about BDNF is it encourages the growth of new brain cells. Indeed, what Mark found when he took the mice who had been on a calorie-restricted diet and he chopped their heads open, they had grown 40% new brain cells — particularly in the area of the brain associated with memory.”

Prof Mattson explained that intermittent energy restriction reduces inflammation and improves chronic inflammatory diseases, without affecting the immune system’s response to acute infections. This inspired Dr Mosley to come up with the 5:2 diet, which sees participants practise intermittent fasting (restricting themselves to 800 calories per day) on two days of each week. After using the technique himself for a period of eight weeks, he found he had shed 9 kg, lost 11 cm off his waist and returned his blood sugars to the normal range.

But intermittent fasting is not the only way to reduce weight or inflammation. Dr Mosley is also a big advocate for the Mediterranean diet, which is big on fruits and vegetables, nuts and legumes, olive oil and oily fish. The benefits of these food groups were shown in the PREDIMED Study, Dr Mosley noted, which saw 7600 Spaniards randomly allocated to either a Mediterranean diet or a traditional low-fat diet.

“They had to stop the study early, ’cause it was obvious that one group was doing so much better than the other,” he said. “They were 30% less likely to have heart attacks and strokes, cut their risk of developing diabetes by half — these are big numbers. And if you were a woman then it cut your risk of developing breast cancer by nearly 70%, and that seemed to be strongly linked with the nuts and with the extra-virgin olive oil. And it was also really good for your brain.”

Indeed, the Mediterranean diet has also been shown to have positive effects on depression — as demonstrated by Professor Felice Jacka, who runs the Food & Mood Centre at Deakin University. Prof Jacka ran a 12-week trial with 67 participants who were either moderately or severely depressed and on heavy-duty antidepressants, assigning them either a Mediterranean diet or social support.

“What they found was, a third of those on the Mediterranean diet were able to come off all medication,” Dr Mosley said. “And the closer you stuck to the Mediterranean diet, the more likely you were to put your depression into reverse. And interestingly enough, they took poo samples and it was all about the microbiome. If you changed your diet, and that changed your microbiome, then you saw the changes in depression scores.”

Dr Mosley described the gut microbiome as like “a giant rainforest” teeming with a diverse range of bacterial species — some pro-inflammatory and some anti-inflammatory. But the quality of the microbiome has changed over the past 40 years or so, he said, due to factors such as the prevalence of processed foods, overuse of antibiotics and the rise of caesarean sections. The rainforest has suddenly come under threat, and its long-time bacterial inhabitants — what Dr Mosley likes to call the “old friends” — are being rapidly depleted.

“We know this because they’ve collected frozen poo samples from kids from 40 years ago compared to now, and the diversity has gone down,” he said. “A lot of the old friends are gone. These are the microbes that evolved with us over the last million years or so, and they are being knocked off at a good old rate.”

This is a problem, Dr Mosley said, because the microbiome plays a role in regulating the immune system. He explained, “The immune system, when you are born, is quite naïve. It kind of doesn’t know what level to react at. So it is there to protect you, but it’s a bit like a crazy adolescent kid who’s going to lash out at absolutely everything.

“What the data suggests is that the microbiome, the gut bacteria, they help to teach the immune system how to behave. And if you don’t get that inflammation early in life, then chronic inflammation becomes part of your life, later in life. And that’s why we’ve seen the growth of lots of inflammatory diseases — asthma, eczema, hay fever, you name it. These things are on the rise, and that seems to be to do with the depletion of these bacteria that are supposed to be the educators, and that no longer seem to be doing the task.”

Luckily there are ways in which these old friends can be nurtured, according to Dr Mosley. He said caesarean sections and antibiotics should be used sparingly, claiming that children who have been born via caesarean section “tend to have a different microbiome to kids who are born vaginally, and they also have much greater risk of developing obesity and allergic disease later in life”. He also suggested altering your diet to include less junk food — “because junk food contains emulsifiers which are pretty bad for the old friends” — and more probiotics and prebiotics.

“Then there’s prebiotics. Prebiotics are basically the food that you feed the bacteria that are already in your gut. So you can basically either swallow them, or you can feed the good ones down there. And prebiotics are things like legumes — they love those — and vegetables of all forms, including onion, leek, garlic, chicory and Jerusalem artichoke. And seaweed is fantastic.”

Prebiotics can also be found in food rich in resistant starch, Dr Mosley said — that is, starch which resists digestion and thus functions similarly to fibre. All starchy foods contain resistant starch, but the amount varies greatly depending on how food is manufactured, prepared and cooked. If you’re ever cooking pasta or rice, for example, Dr Mosley recommends cooling it and then reheating it — this produces a rise in resistant starch. The same can be said of bread that has been frozen and later reheated, he added.

Overall, Dr Mosley is excited about the recent breakthroughs surrounding the microbiome, inflammation and disease, because it means doctors and scientists have a whole new arsenal at their disposal — one which primarily utilises diet to delay, prevent and even reverse a whole range of seemingly unrelated diseases. And while he admits it will be no mean feat to relay this message to governments, the food industry and society at large, Dr Mosley remains dedicated to his mission to get the word out there, one lecture at a time.