Boys are more demanding than girls — at least in the womb 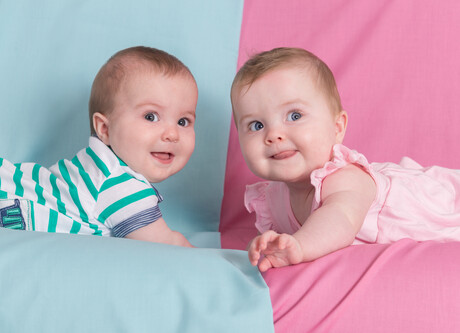 Finding out the sex of a baby during pregnancy could lead to better life chances, according to researchers from the University of Cambridge.

Male baby pregnancies are more likely to result in complications, possibly because they grow faster in the womb and require more nutrients and oxygen than supplied by the mother through the placenta. Now scientists have discovered that the sex of a foetus can affect how well the placenta actually functions, along with factors such as diet-induced maternal obesity and stress, after studying pregnancies in lab mice.

Around one in 10 women are affected by pregnancy disorders, such as foetal growth restriction and pre-eclampsia — a life-threatening high blood pressure condition for both mother and child — but these can be difficult to predict and treat. The Cambridge research suggests that designing individual treatment plans and encouraging pregnant women to make lifestyle changes based on the sex of their unborn babies could have lifelong health benefits for their children — and spell the end of the tradition of waiting until the baby is born to find out whether it is a boy or a girl.

“Often parents don’t want to know the baby’s sex because they want it to be a surprise. But actually knowing the sex would help to identify whether a pregnancy may be at greater risk than another because we know that some conditions of pregnancy such as pre-eclampsia and foetal growth restriction can be more prevalent in women that carry male babies than females,” said Dr Amanda Sferruzzi-Perri, who carried out the research with her team from the University of Cambridge Department of Physiology Development and Neuroscience at the Centre for Trophoblast Research.

“We don’t quite know 100% why that is, but it might be related to the fact that male babies grow faster within the womb. So it might be that their demands for nutrients and oxygen supplied from the mother through the placenta can easily become limited, so the male baby may not be receiving all that it really wants and needs to grow to its full capacity. It may be that its resilience against stresses or poor conditions in pregnancy may be lower than say, for females, who have got less requirements.”

Sferruzzi-Perri’s team revealed their findings in the journal Biology of Reproduction. A second study, written in collaboration with researchers around the world, demonstrates how diet-induced maternal obesity changes the structures of the placenta and affects baby growth — including causing alterations based on the foetus’s sex. That study appears in the journal Acta Physiologica.

Foetal growth depends on placenta function, which requires energy from mitochondria — special compartments in our cells that help turn the energy taken from food into energy that cells can use as fuel. The researchers have found that in a normal mouse pregnancy, the placenta responds differently depending on whether it’s supporting a female or male foetus, and functions better with the lightest female foetuses than for the heaviest male foetuses.

“The placenta has an amazing skill in changing how it forms and how it functions,” Sferruzzi-Perri said. “This can be seen at multiple levels from the way in which the cells form in the placenta, its genes and proteins, even its mitochondria. These can all change in response to different types of cues, whether it’s in a mother that has been eating a sugary, fatty diet, or in a pregnancy where there is rivalry between the siblings when there’s more than one baby, but what I think is probably the most novel aspect is that the way the placenta does adapt seems to depend on whether the baby’s female or male.”

The studies show the importance of designing sex-specific therapies for placental insufficiency and foetal growth abnormalities, as well as personalised lifestyle interventions or therapies for obese pregnant women. According to Sferruzzi-Perri, “The data that we’ve been generating in the lab has really shown us that we have to consider the sex of the baby when monitoring a pregnancy. Therefore, maybe treatments should be tailored based on the sex of the baby.”

Scientists already know that male and female risk for diseases such as type 2 diabetes and cardiovascular disease is dependent on sex — males tend to have a higher incidence of both. “Whether part of this originates from early life exposures is quite a key area that people like myself and others are really eager to try and address,” Sferruzzi-Perri said. “One way we are doing this is in mice using environmental conditions, such as diet-induced obesity, which is really widespread globally, including even in the developing world where urbanisation is meaning that women are having more access to sugary, fatty diets than what they have been before.”

In the UK more than half of pregnant women have a body mass index above the normal healthy range. This is concerning as maternal obesity increases the risk of pregnancy complications, such as miscarriage, gestational diabetes, pre-eclampsia and stillbirth. Abnormal birth weights can also lead to neurodevelopmental issues and immune disorders in childhood, and to obesity, diabetes and heart disease in adulthood.

“We’re now building more and more evidence of what to measure in the mum in pregnancy like her starting body mass index, her growth, her gestational weight, but also considering foetal sex,” Sferruzzi-Perri said. “Routinely, clinicians do consider sex when they’re looking at ultrasound images, because sex is an important determinant of how the foetus is growing. However, we’ve not really understood before how that might be determined; how that might be interacting with the environment of the mother or the way in which the pregnancy is occurring. So our studies are giving more information to the clinician to provide more informed decisions about how to manage that pregnancy.

“It might be that a woman who has a male baby might need to adopt different lifestyle conditions than a woman that is carrying a female.”

Currently, there are very few ways to treat women with pregnancy complications other than bed rest, dietary advice or delivering the baby early, because of the risks of drugs passing over the placenta and affecting individual organs of the foetus, which are very sensitive. Scientists are now trying to think of ways to design treatments that just go to the placenta.

“These therapies would increase the way in which the placenta functions, how it develops, even how at the level of its mitochondria, it produces energy to support foetal growth,” Sferruzzi-Perri said. “A lot of this groundwork is reinforcing to us that the placenta is fundamental for healthy pregnancy outcome, and that foetal sex is important. But by looking at the different sort of gene, protein and cellular mechanisms, we might identify targets that could be like biomarkers and specifically targeted in the placenta to improve outcomes for mothers and their babies.”