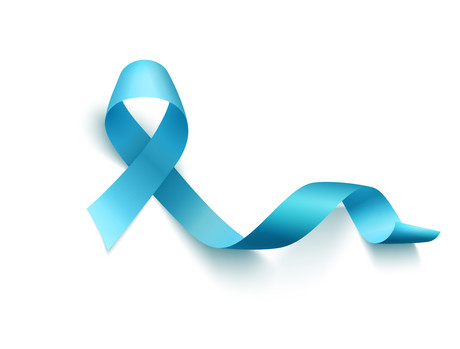 Men with the BRCA2 gene fault have an increased risk of prostate cancer and could benefit from PSA (prostate specific antigen) testing to help detect the disease earlier, according to a study funded by Cancer Research UK.

The BRCA1 and 2 genes are linked to an increased risk in breast and ovarian cancer. But it’s less well known that the BRCA2 fault also increases the risk of prostate cancer, although scientists don’t know by exactly how much. Estimates are that around 1 in 300 men could be carrying the gene fault, but only some of them will go on to develop prostate cancer.

Researchers at The Institute of Cancer Research looked at around 1400 men and compared those who don’t carry the BRCA2 gene fault with those who do. Men were offered a yearly PSA test and, depending on the result, they were either offered a biopsy to confirm their disease and treated if needed or asked to come back the following year. The study results were published in the journal European Urology.

Previous studies have shown that PSA is not a suitable test for screening for prostate cancer in the general population, due to limitations including false positives, false negatives and overdiagnosis. The new research, however, indicates that PSA tests are more likely to pick out more serious forms of prostate cancer in men who carry the BRCA2 gene fault than in non-carriers, suggesting these men could benefit from regular PSA testing.

“For women who undergo genetic testing, options are available to them if they carry a BRCA fault, including preventative surgery and increased screening. But there’s no prevention pathway in place if men decide to find out if they’re a carrier, which is why our research is so important,” said study leader Rosalind Eeles, professor of oncogenetics at The Institute of Cancer Research and Consultant Clinical Oncologist at The Royal Marsden NHS Foundation Trust.

“Based on our results, we would recommend offering men who carry a fault in the BRCA2 regular PSA tests, so that they can be diagnosed and treated earlier.”

Professor Charles Swanton, Cancer Research UK’s chief clinician, added, “Previous studies have shown that PSA is not a suitable test for screening for prostate cancer in the general population. But we still need to understand whether PSA testing would reduce deaths from the disease in any high-risk groups before we make any recommendation.

“All doctors want the best for their patients and don’t want to leave any stone unturned, so some may explain the potential risks associated with PSA testing and still recommend this in high-risk groups despite not knowing that it reduces deaths. Men who are worried about their prostate cancer risk or have a family history should discuss it with their doctor.”

It’s not just the BRCA2 gene fault that raises prostate cancer risk, with Swedish researchers from Lund University recently conducting a national register study examining the link between prostate cancer and infertility. The study was published in the British Medical Journal and included over one million Swedish men.

Infertility and prostate cancer are conditions that each affect approximately one in every 10 men, but previous research studying the link between the two has shown contradictory results. In this latest study, researchers wanted to compare the risk of developing prostate cancer in three groups: those who become parents through IVF- and ICSI-assisted reproduction and those who had children through natural conception.

“When we compared these three patient groups we noticed that fathers who received IVF and ICSI treatment had 30 and 60% higher risk of developing prostate cancer respectively, in comparison to fathers who had children without assisted reproduction,” said Yahia Al-Jebari, first author of the study. “Of the men who developed prostate cancer there were 76 who were treated with IVF, 54 with ICSI and 3216 who had children via natural reproduction.”

The men who received infertility treatments also had a higher risk (IVF 1.33 and ICSI 1.64 times higher risk) of developing prostate cancer at a relatively young age (younger than 55 years) than those without assisted reproduction. The study did not include data on the men who did not manage to become parents at all during the time period, and the researchers were not able to link the data to PSA values.

National quality registers are valuable and a reliable data source as they are extensive and have long-term follow-ups. Yvonne Lundberg Giwercman, professor of experimental pathology with a specialisation in cancer at Lund University, said this differentiates the latest research from previous studies, which “often had small cohorts, short follow-up times and … self-reported diagnoses”.

“In studies that have used sperm parameters as markers, for example, sperm count and mobility, for the man’s infertility, there is uncertainty as these can vary in the same man if measured at different times and can even differ from laboratory to laboratory,” she added.

Despite that the researchers in this study were not able to prove the causes of the link and did not have PSA data, Prof Lundberg Giwercman said that the results indicate that infertile men are a high risk group for prostate cancer and that PSA testing is as justified for this patient category as for any other high-risk group. She and her fellow researchers welcome further studies to explore the risk of prostate cancer in men treated for infertility, as well as studies on the advantages and effectiveness of PSA screening.

“In the future, we would like to take a closer look at the risk for cancer over a longer period of time than was possible in this study, as ICSI has only existed as a method since the 1990s. It would also be interesting to investigate factors such as socioeconomical aspects, health and lifestyle factors in men seeking assisted reproduction,” Prof Lundberg Giwercman said.