Breakthroughs in antibiotics old and new 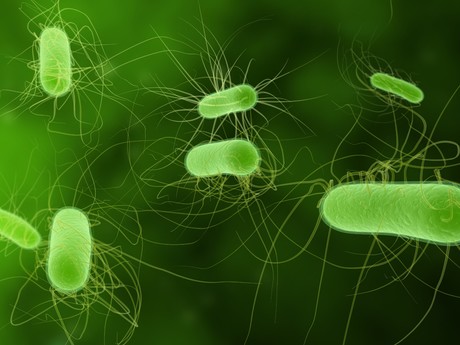 There has been some good news for the fight against antibiotic resistance in recent weeks, with one research team successfully adjusting an existing antibiotic and another identifying a promising new antibiotic candidate.

Researchers from The University of Queensland (UQ) have been involved in an international trial tweaking the use of existing antibiotics — a trial they believe could eventually save 30,000 lives annually.

UQ’s Professor David Paterson served as corresponding author on the study, which was published in the Journal of the American Medical Association (JAMA). He said there is “an urgent need to consider appropriate antibiotic use in the face of rising antibiotic resistance”, noting that the superbugs Klebsiella and Escherichia coli “are regarded as a critical threat by the US Centers for Disease Control and Prevention as they become increasingly resistant to most commonly used antibiotics”.

“Our trial re-examined antibiotics already in use so that treatment practices could be updated immediately without having to wait for new drugs to be approved — a process that takes years.”

The Merino Trial treated almost 400 patients with life-threatening superbugs at the Royal Brisbane and Women’s Hospital and 25 other hospitals in a total of nine countries. By adjusting the antibiotic used to treat antibiotic-resistant strains of Klebsiella and E. coli, researchers were able to reduce patient fatality rates from 12.3% to 3.7%.

“We found that prescribing the common antibiotic meropenem was more effective against the superbug than other antibiotic treatments, and drastically increased the rate of survival,” Prof Paterson revealed. Meropenem is inexpensive and is available in all Australian hospitals.

UQ Postdoctoral Research Fellow Dr Patrick Harris said the trial’s success was due to strong international collaborations, which helped broaden the study to include countries where antibiotic resistance is common and emerging as a major threat to public health.

The results will now be used as the foundation of a new trial in Singapore, Thailand and Australia. The new trial seeks to address the emerging problem of carbapenem resistance, which is especially prevalent in South East Asia.

Meanwhile, researchers from China’s Chongqing University have identified a fungal compound called albomycin δ2 as a promising antibiotic candidate. Published in the journal Nature Communications, their study showed it was possible to efficiently obtain the compound in the laboratory, and subsequently tested its activity against various bacteria in cell culture.

Typically, antibiotics are natural substances with chemically sophisticated structures; however, this makes it hard to reproduce them synthetically (that is, in the laboratory from scratch). Yun He and colleagues have now reported a technique to synthesise albomycins — a group of fungal compounds with prominent antibacterial activity.

The authors succeeded in synthesising albomycins δ1, δ2 and ε, obtaining the substances in large enough amounts to allow them to test their antibiotic activity. Albomycin δ2 in particular demonstrated outstanding antibacterial activity, performing well against a variety of bacterial strains in cultured cells isolated from patients — including strains of E. coli, Streptococcus pneumoniae and Staphylococcus aureus.

Further tests are needed to see whether albomycin δ2 is safe and effective to use as a drug against bacterial infections, with early results looking promising. The university’s School of Pharmaceutical Science is now taking the lead to build up a pharmaceutical platform centring on bacterial resistance to develop albomycins compounds and other new type antibiotics to cope with bacterial resistance.