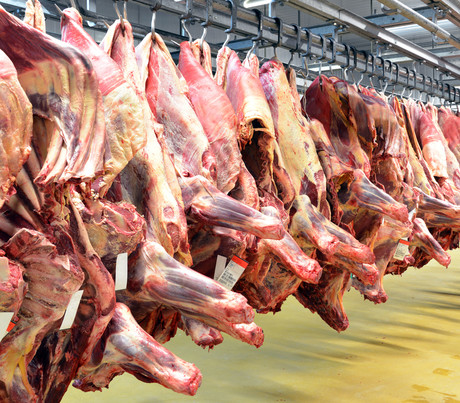 Food safety researchers from the Tasmanian Institute of Agriculture (TIA) have come together with industry in a joint effort to enhance the quality of Australian red meat — by eliminating its risk of E. coli contamination.

The project is being supervised by Dr Chawalit (Jay) Kocharunchitt, a Research Fellow at the TIA whose work is funded by Meat & Livestock Australia and the Australian Meat Processor Corporation. He explained that most types of E. coli are harmless to humans, but other, rarer types are pathogenic and can cause infections and serious illness if consumed.

“The Australian meat industry is one of the largest exporters of red meat, so they have really stringent requirements for the presence of E. coli on meat,” Dr Kocharunchitt said. “So if there is one cell of E. coli present on meat, they can reject the whole lot.”

Australian red meat has a good reputation, said Dr Kocharunchitt, but this is typically the result of good practice and hygiene rather than any specific antimicrobial preventive measures. Some processors do carry out hot water treatment on their beef, he said, “but this requires a big cabinet which is quite expensive to maintain and expensive to set up as well”.

Dr Kocharunchitt has specialised in food safety for some time, having originally examined E. coli behaviour as part of his PhD. He found that E. coli “switches off a lot of its own mechanisms” as a way of defending itself against oxidative stress, which the bacteria typically experiences in low-temperature environments. With this in mind, he and his team deployed a common chemical that is both approved for use on meat and a known oxidising agent, to be sprayed on refrigerated carcasses at a time when the ‘cold-shocked’ E. coli will be particularly sensitised to oxidative stress.

“We have found through our laboratory and pilot trials that spraying beef carcasses with oxidant and water during refrigeration, a process known as spray chilling, causes significant reductions in E. coli numbers … and retains water in the beef, so the weight, quality and safety of the meat is maintained,” Dr Kocharunchitt said.

The trials have required Dr Kocharunchitt and his team to cross borders, working with food processor JBS Australia at its abattoir in the town of Scone, NSW — a facility that recently installed its own spray-chilling cabinet.

“The initial part of this trial we conducted at JBS’s Longford plant, which is in northern Tasmania, just to get an idea of how much E. coli is present on meat,” Dr Kocharunchitt explained. There, the team captured real-time data over a 24-hour period, giving them a microbiological baseline which they later used to design the proper experiment — which would run for a total of two months — at the Scone plant in NSW.

“The JBS plant has already installed a hot water system, for hot water treatment,” Dr Kocharunchitt noted. “But because of the space and because of the expense … they’re looking into alternative methods to eliminate E. coli on meat.”

With the Scone trial having begun at the end of August, it will be some time before the researchers have thoroughly examined all their results — and not just surrounding the effectiveness of the chemical on E. coli reduction.

“We are also looking at the way this chemical impacts the meat, because we want to see if it affects the way it looks, the way it tastes, etc,” Dr Kocharunchitt said.

“We have the preliminary data from the lab, but we still need to look at the commercial scale how it will impact the quality of the products.”

Nevertheless, Dr Kocharunchitt is confident that the trial will clarify the next steps to develop the method towards a commercial-ready solution — one that will consistently eliminate E. coli and other bacterial pathogens from beef and lamb carcasses in the abattoir.

“We are working with industry to ensure our research contributes to solving real problems, and with help from JBS we are testing our method further,” he said.