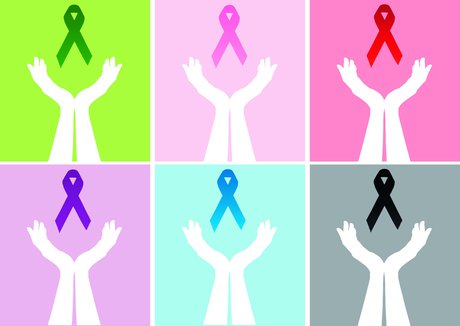 With the potential to transform medical research, the Medical Research Future Fund needs the science community to get behind it.

The Medical Research Future Fund, proposed by the federal government as part of its budget earlier this year, has the potential to be a game changer for health and medical research in Australia.

The proposed Medical Research Future Fund (MRFF) is an endowment fund that the government predicts will eventually build to $20 billion. This would deliver $1 billion in annual funding to health and medical research in Australia by 2022, effectively doubling current government funding levels.

The government has proposed establishing the fund by transferring approximately $1 billion in uncommitted funds from the existing Health and Hospitals Fund. From 2015-16, the net earnings from the MRFF will serve as a permanent revenue stream, primarily to the National Health and Medical Research Council (NHMRC). The MRFF will then distribute around $1 billion a year into medical research from 2022-23.

Creation of this $20 billion fund into perpetuity is amongst the most significant initiatives in the history of medical research in Australia.

The fund will be transformative for Australian medical research, not only through the substantial increase in funding it will provide, but also because of the much-needed certainty that a perpetual fund brings to the sector. This will provide the stability needed to encourage our best and brightest to go into medical research.

Billions of taxpayers’ dollars are spent each year dealing with diseases such as diabetes, Alzheimer’s disease, cardiovascular disease and cancer. This fund will help medical researchers to reduce the burden of disease on the Australian community and to make our health system more efficient.

We understand that many in the scientific, and broader, community are concerned that the federal government hopes to pay for the fund through the proposed Medicare co-payment. The fact is, we need to separate the value of the fund from the narrative on how it is going to be paid for - this fund has substantial value and yet very few people, including those in the medical and health sectors, have acknowledged this to the degree it deserves.

In the minds of many, it makes more sense to spend our limited public funds on healthcare, especially when it comes to the vulnerable in our community. Yet those who work at the coalface, where laboratory and bedside meet, know that healthcare and medical research are intrinsically linked. Scientific research underpins the modern health system.

There is significant international evidence that hospitals and healthcare facilities that do research derive enhanced patient outcomes and health system efficiencies. A key theme in the Strategic Review of Health and Medical Research presented to the federal government in 2013 was that the best performing health systems are those that embed research in health delivery, leading to better health outcomes.

Take the work of Australian Nobel Laureates Robin Warren and Barry Marshall, who made a remarkable and unexpected discovery of the bacterium Helicobacter pylori. As a result of their discovery, peptic ulcer disease is no longer believed to be caused by stress and lifestyle factors, but a disease that can be cured by a short regimen of antibiotics and acid secretion inhibitors. Critical to their discovery was the participation of health professionals in research.

The benefits of scientific research are also visible among our Indigenous communities, where life expectancy is improving and, for the first time, closing the gap in the coming decades is within reach. The health needs of Australian Aboriginal and Torres Strait Islander people are unique, and will not be addressed by research conducted in Europe or the United States.

Most doctors in the developed world have rarely encountered a case of rheumatic heart disease, for example, and yet rates of this condition among our Indigenous communities are some of the highest documented in the world. Australian researchers are working to eradicate this potentially fatal form of childhood heart disease, but without continued investment, health improvements among our Indigenous people will likely decline.

The Australian research that established the link between stomach sleeping and sudden infant death syndrome is one such example; it is impossible to calculate the number of babies’ lives saved from this important discovery, but by its nature it could never result in commercial success.

One of the world’s largest longitudinal population-based health studies was conducted by Melbourne’s Baker IDI to examine the health of Australians over 12 years with regard to heart and kidney disease, diabetes and obesity.

This research is critical in guiding how best to spend health dollars, where to invest in treatment and how Australians can play an important role in improving their health. This work also informs what clinicians should be talking about with their patients and what tests they should be doing to prevent complications and disability. This is not pie-in-the-sky research but work that has a direct bearing on people’s health today.

Should the MRFF be supported in the Senate later this year, we at AAMRI would advocate for it to have a substantial ‘translational’ focus, providing funding to better convert research findings into improved disease prevention strategies, diagnostics, medicines and treatments that have a direct impact on health outcomes and drive a more effective and efficient health system.

The potential of the MRFF is enormous. Yes, there are questions to be answered about the fund, including how it will work and what areas it will fund, but we shouldn’t lose sight of the bigger picture. Australia has one of the best healthcare systems in the world, and research underpins that. The potential to do much, much more is truly exciting. The MRFF offers us this potential and the evidence shows that all Australians stand to benefit.

Professor Brendan Crabb is President of the Association of Australian Medical Research Institutes.