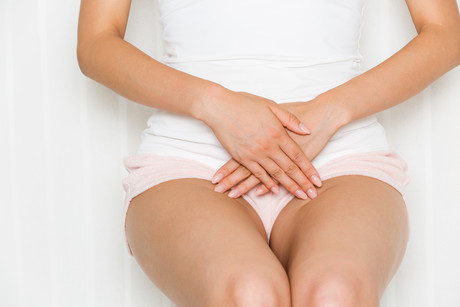 The first ever chlamydia vaccine to reach phase 1 clinical trials has been found to be safe and able to provoke an immune response, according to a study published in The Lancet Infectious Diseases — but further trials are required to determine whether the immune response it provokes effectively protects against chlamydia infection.

There are 131 million new cases of chlamydia reported every year — and as three out of four infections are symptomless, the number of cases is likely to be underestimated. For one in every six women infected, the infection travels up from the cervix and causes pelvic inflammatory disease. This can result in chronic pelvic pain and even infertility or ectopic pregnancy, especially in the developing world, where access to treatment and screening is limited. In addition, chlamydia is strongly associated with susceptibility to other sexually transmitted infections, particularly gonorrhoea and HIV, and chlamydia infection during pregnancy can increase the risk of adverse outcomes such as miscarriage, stillbirth and preterm birth.

Vaccination may thus be the best way to tackle the epidemic as national treatment programs have largely failed, despite the availability of diagnostic tests and effective antibiotic treatment in developed countries. Previous studies have suggested that people infected with chlamydia develop either partial or temporary natural immunity to the pathogen, but no other vaccines for genital chlamydia have reached clinical trials.

Now, researchers have assessed the safety and ability to provoke an immune response of chlamydia vaccine candidate CTH522, based on the major outer membrane protein of the Chlamydia trachomatis bacterium. The researchers compared two different formulations — one with added CAF01 liposomes designed to aid cellular immunity and one with aluminium hydroxide known for its ability to help produce antibodies — to examine which formulation would perform better.

CTH522 with either CAF01 or aluminium hydroxide appeared to be safe and well tolerated, with no related serious adverse events reported. The most frequent adverse events were mild local injection-site reactions; all 15 participants in the two vaccine treatment groups had a mild reaction, which seemed to occur more frequently than in the placebo group. The most common local reactions were injection-site pain, tenderness and movement impairment, with 88–93% of events being reported as mild in each of the groups, lasting a median of 2–4 days in all groups.

Both formulations of the vaccine provoked an immune response in 15 out of 15 (100%) participants, whereas no participants in the placebo group achieved an immune response. CTH522:CAF01 consistently performed better (producing 5.6 times more antibodies), so the authors suggest this formulation should be pursued for further clinical development. CTH522:CAF01 showed additional signs of better performance compared with CTH522:AH including an enhanced mucosal antibody profile that serves as the first line of defence against the infection, and a more consistent cell-mediated immune response profile that is associated with long-lived immunity. Whether this translates into protective immunity remains unclear.

“Studies of antibodies in mice have found that antibodies in the vagina are the first line of defence against chlamydia infection, which suggests they are key to how effective the new vaccine may be,” said first author Helene B Juel, from Denmark’s Statens Serum Institut. “In our trial, significantly increased concentrations of these antibodies were found in both CTH522:CAF01 and CTH522:AH-vaccinated individuals.”

The authors note that the main limitation of the study is its sample size; as with other phase 1 trials, the small sample size limits its ability to pick up rarer adverse reactions to the vaccine or provide robust evidence on its ability to provoke an immune reaction. This should be resolved in the next stage of the research, currently being planned by the researchers — a phase 2a study of CTH522:CAF01.