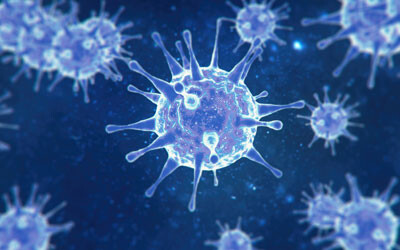 Australia’s largest Phase 1 clinical trials specialist, Nucleus Network, has reached a milestone in the race to eradicate COVID-19, having begun dosing participants in the first human trial for a COVID-19 vaccine in the Southern Hemisphere.

The Phase 1 trial of NVX-CoV2373, a SARS-CoV-2 recombinant spike protein nanoparticle vaccine candidate, is being carried out at Nucleus Network’s Melbourne and Brisbane clinics. The trial is being conducted on behalf of biotech company Novavax, the developer of NVX-CoV2373 and sponsor of the trial, with additional funding support from the Coalition for Epidemic Preparedness Innovations (CEPI). Approximately 130 healthy participants, aged 18 to 59 years of age, have been screened to take part.

The study is being held under the guidance of some of Nucleus Network’s leading medical experts in clinical trials, including Chief Medical Officer Dr Jason Lickliter and infectious diseases physician and microbiologist Dr Paul Griffin. Dr Griffin told Lab+Life Scientist that Australia was singled out as an ideal location to conduct the vaccine trial, in part due to our low number of COVID-19 cases and our global reputation for successfully delivering Phase 1 trials.

“We need people that are immunologically naive and not exposed to coronavirus, and in Australia that’s a relatively easy thing, whereas in a lot of other parts of the world that would be a challenge,” he said. And with Novavax having a pre-established relationship with Nucleus Network’s Brisbane clinic, the companies knew they would be able to successfully collaborate on this most important trial.

Novavax identified NVX-CoV2373 as its lead SARS-CoV-2 candidate following preclinical testing that demonstrated high immunogenicity and high levels of neutralising antibodies, with the product efficiently binding with receptors targeted by SARS-CoV-2 — a critical aspect for effective vaccine protection. These results provide strong evidence that the vaccine candidate will be highly immunogenic in humans, potentially leading to protection from COVID-19 and thus helping to control the spread of this disease.

The candidate is a stable, prefusion protein made using Novavax’s proprietary nanoparticle technology, including the company’s Matrix M adjuvant to enhance immune responses and stimulate neutralising antibodies. Novavax has already utilised its nanoparticle technology in other vaccine candidates, trialled in around 15,000 volunteers, giving the company what Dr Griffin called “a proven track record of both safety and efficacy”.

“Novavax have obviously done significant preclinical work to be ready for human trials,” he said. “And that preclinical work is very promising. So on all fronts that we like to see potential efficacy measured in preclinical studies, their results were very impressive.”

The Phase 1 portion of the study is a randomised, observer-blinded, placebo-controlled trial designed to evaluate the immunogenicity and safety of NVX-CoV2373, both adjuvanted with Matrix M and unadjuvanted. The protocol’s two-dose trial regimen assesses two dose sizes (5 and 25 µg) with Matrix M and without, with 21 days in between doses. Regular blood tests will be conducted throughout the trial, with preliminary immunogenicity and safety results expected towards the end of July 2020.

“Nucleus Network will collect that data as quickly as we can and, if it supports it, allow Novavax to progress as quickly as possible to Phase 2,” Dr Griffin said. This portion is expected to be conducted in multiple countries, including the United States, and would assess immunity, safety and disease reduction in a broader age range.

Should the trial ultimately prove a success, Novavax anticipates having 100 million doses available by the end of 2020, and being in a position to manufacture 1.5 billion doses in 2021 — an incredibly fast-tracked trajectory for vaccine development.

“Given the investment requirement, you typically don’t see scaling up of manufacturing until Phase 2 or even Phase 3 data is finalised; these are obviously exceptional circumstances,” Dr Griffin said. “With this situation, there’s the additional funding support available [from CEPI] to progress all of those steps essentially in parallel. Usually that would come after all the different clinical trial phases had been done sequentially, so usually that’s not something that’s considered until four, five, six years down the track.”

So what’s it like conducting a clinical trial in the middle of a pandemic? Dr Griffin said Nucleus Network has made it a priority to progress as quickly as possible, while being careful not to compromise on any of the usual steps.

“The rigour around preclinical assessments and the regulatory environment with this vaccine trial has probably been more, rather than less,” he said. “So while we’ve done things a lot quicker, we’ve not skipped any steps, to make sure we’re as confident as ever, if not more so, that it’s the right time for the human trials based on us being confident of the safety and the efficacy. To have done that so quickly has been a little bit of a challenge, but fortunately the regulatory environment has supported that with much faster turnaround times for processes and reviews.”

Importantly, Nucleus Network has implemented extensive safety measures in all clinics to ensure compliance with COVID government restrictions; protection of both staff and participants remains vital. Dr Griffin revealed, “We’ve actually implemented very strict policies, procedures and processes to make sure all of our staff and all of our volunteers are protected. And that includes temperature screening, risk assessments, use of PPE, in-house hygiene practices and all of those things in our clinical trials unit.”

Of course sceptics have noted that a vaccine for any type of coronavirus has never been previously achieved, so why should SARS-Cov-2 be any different? According to Dr Griffin, this line of thinking is actually the result of a few misconceptions.

“With the common cold, obviously the number of people that get that is very high, but that’s a mixture of coronaviruses, it’s not just one, and the impact of those is fairly mild,” he said. “The mortality directly associated with those cold viruses is incalculable — so the return on investment, the motivation for people to devote their careers scientifically to those viruses, but moreover the ability to get funding for those, it just would never happen.

“The other thing that people talk about is that we didn’t get a vaccine for SARS in the early 2000s. And the main thing there is that the magnitude of that outbreak was very different. We didn’t even have 8000 cases, and that outbreak was controlled through good infection control and hygiene practices. So there were a lot of really good vaccine candidates that were developed, but again, the funding and ongoing support to continue that work when that virus was essentially eradicated didn’t lend itself to those vaccines making it all the way to market. In fact, a lot of those vaccines did look quite promising and have been the platform for a lot of our vaccine development for SARS-Cov-2.”

It’s clear that Dr Griffin is cautiously optimistic that a vaccine for COVID-19 is on the horizon, and perhaps even a bit closer to reality than the estimates suggest. Indeed, he claimed we don’t even need to aim for a “perfect” vaccine that provides lifelong immunity — something along the lines of the flu vaccine could be sufficient to start with, then scientists could refine it in time. And with around 13 vaccine candidates for COVID-19 in human trials at the time of writing — and Nucleus Network the only Phase 1 clinical trials specialist to conduct multiple COVID-19 studies simultaneously — there’s a small chance that one of those might be the key to ending this once-in-a-century pandemic.

“Even if one of those isn’t the candidate that’s taken forward to be the vaccine that’s used, every trial that’s done in humans gives us really important information upon which all the people developing vaccines will be able to use to improve the product,” Dr Griffin said. “So every human trial for vaccines is a really important step, and will help everybody else. So that’s why we’ll get there.”