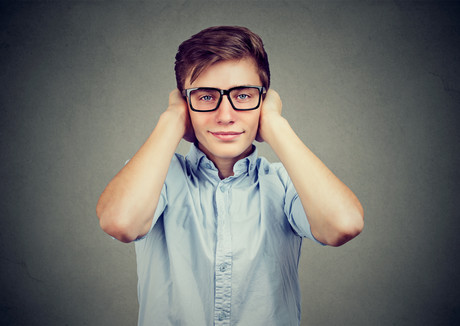 Birmingham researchers have found differences in the brainwaves responsible for visual perception in autistic teenagers, which could assist in earlier diagnosis and help inform how support is given to the ~700,000 autistic people in the UK, as well as 3 million carers and families.

Researchers at the Aston Neuroscience Institute (ANI), Aston University, focused on sensory areas of the brain because a substantial number of people with autism report issues with processing incoming sensory information, often suffering from hypersensitivity, meaning that bright lights, loud sounds or crowded situations can be overwhelming. Their work was published in the journal BRAIN.

The research team used magnetoencephalography (MEG) to look at brain activity within the visual system of 18 teenagers with a diagnosis of autism spectrum disorder (ASD) and 18 teenagers without the diagnosis (aged 14–20 years), specifically measuring brainwave activity in the visual cortex. MEG is an imaging technique that measures the small magnetic fields produced by neuronal activity in the brain.

It was found that different patterns of brainwave activity were triggered in teenagers diagnosed with ASD compared to neurotypical teenagers, when performing the same simple visual task. So-called ‘alpha’ brainwaves were less connected from higher level to lower level brain regions, while brainwaves across a broader range of frequencies (gamma range) were ‘dysregulated’ in the autistic group, meaning they were not organised as efficiently over time and in synchrony with alpha waves.

“The results suggest that even during very basic sensory processing, there are differences in the pattern of brainwaves between autistic individuals and their peers who do not have ASD,” said ASI’s Robert Seymour. “This is important, given that sensory symptoms were recently added to the condition’s diagnostic criteria.

“Our results might also explain why over 90% of autistic individuals report atypical sensory responses to visual stimuli. These experiences are often described in terms of hypersensitivities, with more pronounced responses to certain stimuli which result in overwhelming and unpleasant sensations.”

According to project lead Professor Klaus Kessler, this research is just the beginning.

“We found an interesting link between brain connectivity and autistic symptoms, as measured via a questionnaire,” he said. “This finding suggests that in the future, MEG brain scan could potentially aid clinicians as a tool for earlier ASD diagnosis. In addition our research could lead to interventions aimed at managing sensory issues in ASD. These might include brain stimulation techniques and neurofeedback training.”

The results provide promising insights into the potential neural underpinnings of ASD, and could in future allow for an alternative approach to early diagnosis of autism, offering a new perspective on the current understanding of how circuitry in the brain of an individual with ASD functions. The study will, however, need to be replicated and extended in the future, which would involve scanning younger children and adults, as well as using a wider range of visual experiments and include other modalities such as hearing. The next stage will be to broaden out the MEG scan tests to younger children under the age of 12 years old.

“This is the first step in a long process of understanding autism, improving diagnosis and implementing interventions,” Seymour said. “In future we might be able to look at using a combination of MEG scanning and formal clinical assessments.”

The study was supported by a number of students from schools and colleges in the Birmingham area — including Queen Alexandra College, a specialist college for students above the age of 16 with visual impairment, autism and other disabilities. Patrick Redmond, Support Services Manager at the college, said, “Queen Alexandra College has long recognised and catered for the many individual and atypical sensory needs of our autistic young adults. If not understood these can often be a barrier to participation in education and parts of wider society.

“We and some of our students were therefore very happy to help support the work of Aston University in this innovative and important exploration of the neurological links between autism and sensory processing. I hope that these findings will go on to inspire and inform further research into this fascinating field.”