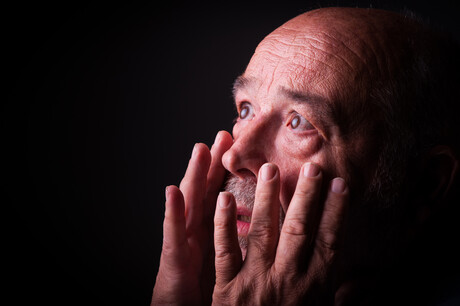 Published in the Journal of Neuroscience, the findings run counter to popular scientific accounts, suggesting that some long-accepted thinking about the basic neuroscience of anxiety is wrong. And with anxiety levels now pushed to new heights due to the COVID-19 pandemic, the results arguably highlight the need for a major theoretical reckoning.

Prevailing scientific theory holds that fear and anxiety are distinct, with different triggers and strictly segregated brain circuits. Fear — a fleeting reaction to certain danger — is thought to be controlled by the amygdala, a small almond-shaped region buried beneath the wrinkled convolutions of the cerebral cortex. By contrast, anxiety — a persistent state of heightened apprehension and arousal elicited when threat is uncertain — is thought to be orchestrated by the neighbouring bed nucleus of the stria terminalis (BNST).

“The conceptual distinction between ‘fear’ and ‘anxiety’ dates back to the time of Freud, if not the Greek philosophers of antiquity,” said Assoc Prof Shackman. “In recent years, brain imagers and clinicians have extended this distinction, arguing that fear and anxiety are orchestrated by distinct neural networks.”

Leveraging cutting-edge neuroimaging techniques at the Maryland Neuroimaging Center, researchers used fMRI to quantify neural activity while participants anticipated receiving a painful shock paired with an unpleasant image and sound. The timing of this ‘threat’ was signalled either by a conventional countdown timer — ie, ‘3, 2, 1’ — or by a random string of numbers — eg, ‘16, 21, 8’, with the researchers examining the neural circuits engaged while waiting for certain and uncertain threat (‘fear’ and ‘anxiety’).

The results demonstrated that both kinds of threat anticipation recruited a common network of core brain regions, including the amygdala and BNST. Indeed, across a range of head-to-head comparisons, the two showed statistically indistinguishable responses.

“If anything, fear and anxiety seem to be constructed in the brain using a massively overlapping set of neural building blocks,” Assoc Prof Shackman said.

“As it is currently written,” he said, “RDoC embodies the idea that certain and uncertain threat are processed by circuits centred on the amygdala and BNST, respectively.” This is very black-and-white thinking, he added, and based on data collected at the turn of the century.

“It’s time to update the RDoC so that it reflects the actual state of the science. It’s not just our study; in fact, a whole slew of mechanistic studies in rodents and monkeys, and new meta-analyses of the published human imaging literature, are all coalescing around the same fundamental scientific lesson: certain and uncertain threat are processed by a shared network of brain regions, a common core.

“Our hope is that research like this study can help set the stage for better models of emotion and, ultimately, hasten the development of more effective intervention strategies for the many millions of children and adults around the world who struggle with debilitating anxiety and depression.”