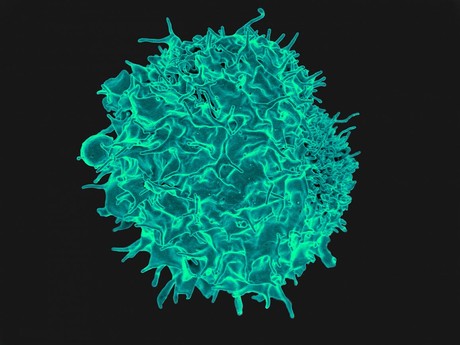 After three decades of hopes tempered by setbacks, gene therapy — the process of treating a disease by modifying a person’s DNA — is no longer the future of medicine, but is part of the present-day clinical treatment toolkit.

An article co-authored by Cynthia E Dunbar, MD, senior investigator at the Hematology Branch of the National Heart, Lung and Blood Institute (NHLBI), part of the National Institutes of Health, in the journal Science provides an in-depth and timely review of the key developments that have led to several successful gene therapy treatments for patients with serious medical conditions.

Gene therapy is designed to introduce genetic material into cells to compensate for or correct abnormal genes. If a mutated gene causes damage to or spurs the disappearance of a necessary protein, for example, gene therapy may be able to introduce a normal copy of the gene to restore the function of that protein.

The article also discusses emerging genome editing technologies. According to Dunbar and her colleagues, these methods, including the CRISPR/Cas9 approach, would provide ways to correct or alter an individual’s genome with precision, which should translate into broader and more effective gene therapy approaches.

The authors focused on the approaches that have delivered the best outcomes in gene therapy so far: 1) direct in vivo administration of viral vectors, or the use of viruses to deliver the therapeutic genes into human cells; and 2) the transfer of genetically engineered blood or bone marrow stem cells from a patient, modified in a lab, then injected back into the same patient.

Originally envisioned as a treatment solely for inherited disorders, gene therapy is now being applied to acquired conditions such as cancer — for example, the engineering of lymphocytes, white blood cells, that can be used in the targeted killing of cancer cells.

In 2017, a steady stream of encouraging clinical results showed progress in gene therapies for haemophilia, sickle-cell disease, blindness, several serious inherited neurodegenerative disorders, an array of other genetic diseases and multiple cancers of the bone marrow and lymph nodes.

Three gene therapies have been approved by the U.S. Food and Drug Administration in the past year, and many more are under active clinical investigation. The authors looked to the future of gene therapies, and the challenges of delivering these complex treatments to patients.

Much of this research has been funded by NIH, and key advances took place in the NIH Clinical Center.

Image caption: Colourised scanning electron micrograph of a T lymphocyte. The engineering of lymphocytes, white blood cells, can be used in the targeted killing of cancer cells. NIAID