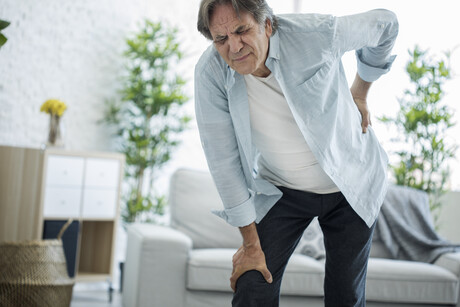 Scientists from The University of Hong Kong (HKU) have identified the first genetic risk factors to be implicated in spine osteoarthritis (OA) — a breakdown of the cartilage of the joints and a major cause of pain and disability in older people. Their discovery thus represents a major advance, paving the way for further research to find new and more effective treatments for sufferers.

The research was conducted as part of the Genetics of Osteoarthritis (GO) consortium — an international study that analysed 826,690 individuals from nine populations and found 100 genetic risk variants for OA, of which 52 were new. The HKU team helped identify that the SOX5 gene, which is known to be essential for the development of the intervertebral discs, is implicated in spine OA. The study results were published in the journal Cell.

The study also showed that spine OA was genetically correlated to OA at other joints including hip, knee, finger and thumb. Interestingly, it was found that the CHST3 gene was among the top three genes most confidently linked to hip OA. CHST3 was previously found by the Hong Kong team to be associated with intervertebral disc degeneration, which causes back pain.

These findings suggest a strong link between degeneration of the intervertebral discs, OA and back pain. Furthermore, spine OA was genetically correlated not only with back pain, but also with knee, hip and neck/shoulder pain. The study also showed that body weight rather than fat mass was genetically correlated with OA, and that weight-bearing and non-weight-bearing joints differed in genetic influences.

The putative OA genes identified in the study have diverse biological functions, including key molecules in the formation and development of the skeleton, and pathways that control how cells respond to stress. These biological processes are modifiable and represent potential treatment targets. Encouragingly, the study showed that some of the putative OA genes could be targeted by existing drugs or small molecules.

“The association of spine degeneration with hip and knee joint degeneration is of particular significance, implying that treatments that help the hip and knee joint may be useful for the spine and vice versa,” noted HKU Professor Kenneth Cheung Man-chee. “It opens up the field to kinds of possibilities to the benefit of both groups of patients.”

“I am sure that a treatment can be developed to relieve some of the back pain arising from OA that will have enormous impact on millions of people,” added HKU Professor Kathryn Cheah Song Eng, coordinator of the study.

Since SOX5 is a master regulator of many genes, the study provides the foundation for the identification of downstream genetic factors that impact the development of spine OA. The genes identified for OA of other joints that are validated as therapeutic targets may also be relevant to spine OA as well as intervertebral disc degeneration.

“Patients suffering from back pain constitute a substantial portion of musculoskeletal disorders,” said HKU Professor John Leong Chi-yan. “Of the two major causes — disc degeneration and OA — the former can be identified by MRI, whereas OA is difficult to pinpoint. Thus, only symptomatic treatment is possible by using anti-inflammatory drugs and various modalities of physiotherapy. The clarification of the genes responsible for OA spine is a major step forward towards the possibility of more specific treatment, such as new drugs.”

“OA is a complex disease involving many factors,” concluded HKU Professor Danny Chan. “This collaborative effort illustrates the benefit and power of international sharing of large-scale data from cohort studies, and thinking outside the box in extracting additional information so that far-reaching goals can be achieved for the development of treatments that will benefit patients.”