Increasing the visibility of prostate cancer cells in bone 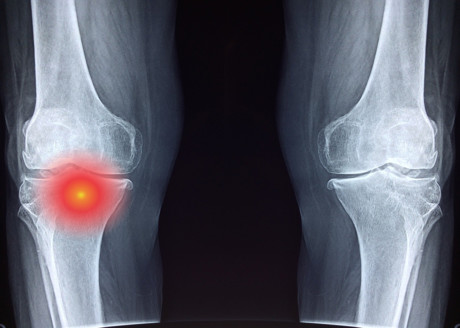 Australian researchers have developed a new approach to prostate cancer treatment, increasing the visibility of prostate cancer cells that have spread to bone for better recognition and destruction by the immune system.

The research, led by scientists at the Peter MacCallum Cancer Centre (Peter Mac) in collaboration with the Garvan Institute of Medical Research, La Trobe University and The University of Melbourne, found that reprogramming cancer cells to re-express a protein that made them visible to immune cells could block the growth of cancers in bone and establish immune memory should the cancer ever return. It has been published in the journal EMBO Reports.

Up to 90% of men with treatment-resistant prostate cancer develop metastases in their bones, from which most of these men will die. While some treatments enhance quality of life and delay the onset of skeletal symptoms in men with bone metastases, they have failed to increase survival. Now, it turns out the immune system could be instrumental in offering an effective treatment approach for prostate cancer bone metastases.

“The key to this approach is to increase immune cell recognition of prostate cancer cells in bone and, importantly, arm the immune system to recognise these cancer cells should they come out of hiding and re-emerge in the future,” said Peter Mac’s Associate Professor Belinda Parker, senior author on the new study.

Prostate cancer cells that can ‘hide’ themselves away in bone were the focus of the team’s research, with Assoc Prof Parker noting, “It is estimated that in over half of men diagnosed with prostate cancer, cancer cells can be found silently residing in their bones in a sleep-like state known as dormancy.

“Dormancy, in which tumour cell division is restricted for up to 20 years from initial local diagnosis, could help to explain the delay in the development of overt bone metastases observed in some men with prostate cancer. Yet how and why some dormant prostate cancers cells wake up to trigger cancer growth within bones is poorly understood.”

Using state-of-the-art single cell sequencing technology at the Garvan Institute, the researchers discovered that the processes allowing dormant cancer cells to awaken and grow also made them invisible to the immune system.

“By looking at the differences between dormant and dividing cancer cells isolated from the bones of mice with prostate cancer, we discovered that, as prostate cancer cells awaken, they switch off their production of an important immune-stimulating pathway — namely the type I interferon (IFN) pathway,” said Peter Mac’s Dr Katie Owen, who led the study.

“It is a double-whammy — not only do the cancers start growing again, but their lack of IFN production means that the cancer cells are simply not seen by immune cells,” Dr Owen continued. The researchers were then able to confirm that actively growing bone metastases in men with prostate cancer also had reduced IFN production.

“The confirmation that IFN was important for outgrowth of bone metastases in men with prostate cancer prompted us to look for ways to reactivate IFN production in the actively dividing cancers,” Dr Owen said.

“We were particularly interested in a class of drug called HDAC inhibitors as we know that they can modulate the expression of a number of genes inside cancer cells, and some are already approved for use in humans for treating some blood cancers.”

When researchers treated mice bearing metastatic prostate cancer cells with a selective HDAC inhibitor, Entinostat, they found that they could achieve re-expression of IFN inside the cancer cells, decrease the outgrowth of bone metastases and extend survival. The treatment also triggered the activation of specific tumour-killing T immune cells and, when combined with an immune-activator, they were able to completely eliminate bone metastasis. The combination also reduced the activity of certain cells within the bone that can cause bone breakdown.

“Our findings may have major implications for immunotherapeutic success, or lack thereof, in some forms of metastatic prostate cancer,” Assoc Prof Parker said.

“We have now identified how prostate cancer cells persist in bone, by specifically blocking immune proteins that reduce their visibility to the immune system. This opens the doors for new therapeutic approaches aimed at releasing the brakes on these immune pathways to target the cancer cells for immune destruction.

“Future research will confirm whether use of agents that turn on IFN signalling in prostate cancer cells, including HDAC inhibitors, can be harnessed to offer new therapeutic opportunities in men with no current treatment options to combat bone metastasis through immune signalling restoration at the tumour cell level.”

The Australian Government has joined the COVAX facility, enabling the purchase of COVID-19...

Report finds high use of antimicrobials in major cities