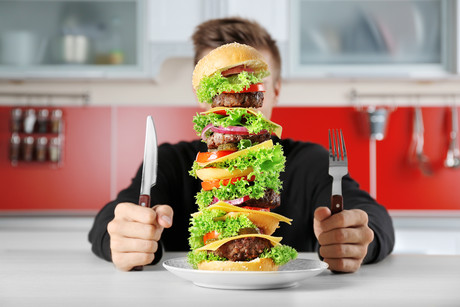 Men looking to conceive a child in the near future should consider taking a moment to reassess their food choices, with two recent studies indicating the impact of diet on offspring development as well as fertility.

One of the studies, conducted by researchers from the University of Birmingham, found that a lack of protein in a father’s diet affects the quality of his sperm and, in turn, could affect the long-term cardiovascular health of his offspring. The results were published in The Journal of Physiology.

Growing evidence indicates maternal diet and wellbeing at the time of conception can impact on offspring development, often leading to cardiovascular dysfunction and metabolic disease in later life. However, there has been little research into the impact of a father’s diet and the effects this can have on the cardiovascular health of his offspring.

The Birmingham study bridges this gap in our understanding by using a mouse model to explore the long-term cardiovascular health of offspring from males fed a controlled normal-protein (18% protein) or low-protein (9% protein) diet for a minimum of seven weeks prior to conception. The researchers looked at the effect of low-protein diets on both sperm and seminal fluid, studying the impact on offspring in four conditions: when the sperm was from a dad with a poor diet, when the seminal fluid was, when both were and when neither was.

“Our findings indicate that a poor-quality paternal low-protein diet may have altered the genetic information carried in the sperm or the composition of the seminal plasma,” said lead author Dr Adam Watkins. “Our study shows that a father’s diet at the time of conception may affect how the blood vessels form, which then leads to permanent changes in how the blood vessels work, resulting in programmed cardiovascular ill health in his offspring.

“These findings are significant for people’s health, as it shows that some conditions are attributed to a disturbance in early development processes which can be affected by a father’s diet.”

The study also showed that the heart health of offspring was negatively impacted when there was a mismatch between the sperm and seminal fluid, meaning that one was from a poor dietary dad and the other from a dad with a normal diet, or vice versa. This may affect men on crash diets as the quality of seminal fluid changes quickly, while sperm only changes after a few months. The findings may also have implications for couples using assistive reproductive technologies such as IVF because IVF uses only the sperm, and this might result in a mismatch between the quality of sperm and seminal fluid.

“It is important that we understand how and why paternal diet impacts on the offspring, so we can suggest preventative measures for couples who are trying to conceive, such as dietary recommendations,” Dr Watkins said.

It’s also important for future fathers — particularly those on the larger side — to avoid fast food, with researchers from Flinders University and the University of South Australia (UniSA) recently revealing that fast food meals consumed by obese or overweight men have an immediate negative impact on testicular performance and testosterone production.

Obesity is known to be associated with impaired testicular function, potentially resulting in androgen deficiency and subfertility. The researchers found that a high fat intake from fast food meals has a decisive negative effect on a man’s serum testosterone levels, with the impact of dietary fat on testicular endocrine function showing some alarming results.

They found that the ingestion of a high-fat fast food mixed meal, which is a common practice for obese men, produced a 25% fall in serum testosterone within an hour of eating, with levels remaining suppressed below fasting baseline for up to four hours. Published in the journal Andrologia, the study results suggest that the passage of fat through the intestinal tract elicits a response that indirectly elicits a post-prandial fall in testosterone.

The study only investigated the impact on overweight and obese men, and therefore may not apply to lean men.

“The observed falls in serum testosterone (25% decline from baseline, 2–3 nmol in absolute terms) are likely to be clinically significant for the obese or older man with low baseline levels of testosterone,” said Flinders University’s Professor Kelton Tremellen.

“These men are likely to be placed into a continuous hypogonadal state during waking hours if they frequently consume meals and snacks high in fat. This will clearly have an adverse impact on both their mental and physical wellbeing, plus possibly their fertility potential.

“Our results suggest that these men should minimise their fat intake and avoid inter-meal snacking in order to optimise testicular function.”