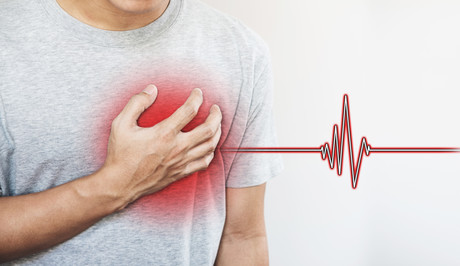 Scientists from UK drug discovery company Domainex, working in partnership with Imperial College London, have found a potential new drug for treating the damage caused by a heart attack by targeting the way the heart reacts to stress.

A heart attack happens when a blood clot blocks one of the main coronary arteries, the blood vessels supplying the heart muscle. The heart is starved of oxygen and nutrients and the muscle produces stress signals that ultimately cause heart cells to die. This means that the heart can’t pump effectively and this can lead to heart failure — a debilitating condition that makes everyday tasks like climbing stairs, or even getting dressed, exhausting.

Due in large part to research funded by the British Heart Foundation (BHF), more people than ever before are surviving heart attacks after receiving treatments like stents and clot-busting drugs, but this means that the number of people living with heart failure has risen considerably. There are estimated to be over 900,000 people living with heart failure in the UK.

Now, BHF Professor Michael Schneider and his team at Imperial College London are working to develop drugs that could be given in the first few hours following a heart attack to minimise heart muscle death caused by the stress signals. These stress signals actually increase dramatically when the blood supply is restored so, although it is vital to resupply the heart with oxygen and nutrients by reopening the blocked coronary artery, additional treatments to counteract any ‘reperfusion injury’ have been sought for decades.

The researchers discovered that a protein called MAP4K4 plays a central role in how heart muscle cells die off as a response to the stress of a heart attack, finding that MAP4K4 is activated in mice after a heart attack, as well as in heart cells and heart tissue subjected to stress chemicals in the laboratory. They found that if you raise the levels of MAP4K4, heart cells are made more sensitive to stress signals. If you block MAP4K4, the cells are protected — and that is what the team’s new drug is designed to do.

To mimic what might happen in a clinical setting, the laboratory mice were given the drug one hour after the blood flow to their hearts was restored. This showed that the drug could reduce heart damage in mice by around 60%. The researchers also used stem cells to grow human heart tissue and mimic a ‘heart attack in a dish’, and were able to block the signals that lead to cell death and heart damage.

“There are no existing therapies that directly address the problem of muscle cell death and this would be a revolution in the treatment of heart attack,” said Prof Schneider. “One reason why many heart drugs have failed in clinical trials may be that they have not been tested in human cells before the clinic. Using both human cells and animals allows us to be more confident about the molecules we take forward.”

It is hoped that the new treatment would be developed into an injection that could be given as someone was being prepared to receive balloon angioplasty to open up the blocked coronary artery that caused their heart attack. The treatment is also possibly important for towns and countries where there is limited access to rapid angioplasty.

The BHF-funded research has been published in the journal Cell Stem Cell, with the potential new drugs developed by Domainex. The next steps including rigorous safety testing and a clinical trial, which could start as early as 2021–22.