No guts, no glory: a series of serendipitous events 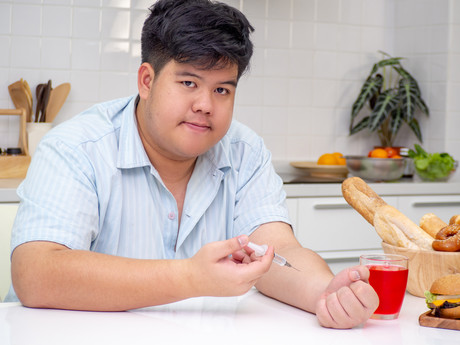 The Australian Society for Medical Research (ASMR) is bringing its 2019 National Scientific Conference to Fremantle this November. With a theme of ‘Ebbs & Flows: From Discovery to Practice’, the conference is set to shine a light on the importance of basic, fundamental science in driving clinical translation and implementation.

One person who is no stranger to this area is Daniel Drucker — a physician-scientist at the Lunenfeld-Tanenbaum Research Institute at Mount Sinai Hospital, Professor of Medicine at the University of Toronto and speaker at the upcoming ASMR conference. Lab+Life Scientist caught up with Prof Drucker about how a series of serendipitous events saw him become a pioneer in gut hormone research.

Prof Drucker’s story begins back in the 1980s, when he had recently graduated in medicine from the University of Toronto and had been advised by his mentors to study thyroid hormones at Massachusetts General Hospital. But when he arrived, he was told there was no room in the thyroid project. Instead he would be studying glucagon — a peptide hormone known as an incretin, which stimulates a decrease in blood glucose levels.

“At that time, I was not interested in that field, but I had no other options and just had to get on with it,” Prof Drucker said.

“It was probably the most fortunate set of circumstances early on in my career.”

It turned out that researchers had recently cloned and sequenced the genes for the precursor of glucagon, known as proglucagon — with surprising results. Prof Drucker recalled, “The gene contained two additional glucagon-like sequences encoding two glucagon-like peptides that subsequently became known as GLP-1 and GLP-2. GLP-1 turned out to increase insulin secretion significantly, so as an endocrinologist, I quickly realised that this nascent field in which I found myself had enormous potential.”

In 1987, after returning to the University of Toronto as an Assistant Professor of Medicine, Prof Drucker and his colleagues began studying how GLP-1 works on appetite and energy balance, and what happens to GLP-1 action during the development of diabetes and obesity. They found that, in addition to stimulating insulin, the hormone also played a role in controlling motility, appetite and body weight.

The researchers realised the potential of regulating GLP-1 and related peptide activity, but the use of natural GLP-1 in therapy was problematic. It is not very stable, it is degraded quickly by other enzymes, and it rapidly clears in the body — which is a problem for any patients who are relying on a steady supply of the hormone.

More than a decade later, researcher John Eng, working at the James J. Peters VA Medical Center, was analysing the venom of the Gila monster — a poisonous lizard that lives in the southwestern United States. When Eng examined the venom to determine which hormones were present, he discovered a new hormone — known as exendin-4 — which turned out to be very similar to the human hormone GLP-1.

“The big difference was that exendin-4 is much more stable, and this was an important breakthrough in GLP-1 therapy,” Prof Drucker said. “The pharmaceutical industry later tested and further developed synthetic exendin-4 into the drug known as exenatide.”

Further surprises came when the US FDA requested that all new diabetes drugs had to demonstrate cardiovascular safety, which led to a lengthy examination of GLP-1’s effect on blood pressure, blood flow and more. Prof Drucker revealed, “It turned out that activating the receptor for GLP-1 strongly protects the heart.

“Although many of the new GLP-1-based medicines were known to be effective in reducing blood glucose or body weight, the positive cardiovascular effect, evident in large human trials, has surprised us all. The medicines reduce the number of heart attacks and strokes and decrease cardiovascular death.”

But what of the gut peptide cousin of GLP-1, GLP-2? This was originally observed by Prof Drucker in 1995, while developing a new cell line for studying glucagon-like peptides. To study GLP-1 secretions, he and his colleagues created small tumours in mice that could overproduce the gut hormones.

“We noticed that the intestines of the mice with these glucagon-producing tumours were very large, and we got very excited,” Prof Drucker said. “We said maybe the tumours are making something that stimulates intestinal growth.”

GLP-2 was found to be a strong growth factor that works specifically in the intestine, which Prof Drucker thought might be able to help those with short-bowel syndrome — a condition in which people’s small intestines are so short that they have difficulty in absorbing fluids and food. Many people with this condition need hours of life-sustaining intravenous infusions every day and have difficulty in living a normal life, experiencing constant diarrhoea, malnutrition, weight loss, fatty liver and more.

“We examined the effect of GLP-2, first in animals and later studies were done in humans, and found that it can restore enough functional intestine to make a difference,” Prof Drucker said. “With the help of a local biotechnology company, we managed to develop this into a therapy so that, today, people with short-bowel syndrome only need to inject it once a day.

“By treating patients with GLP-2, their fatty liver reversed and some of them could even lead normal lives without needing intravenous nutrition. And it was all because of a serendipitous observation that we pursued.”

Prof Drucker’s research interests converged in the late 1990s when he turned his focus to DPP-4 — an enzyme that was found to degrade incretin hormones. DPP-4 turned out to have a very close connection to incretins — and Prof Drucker’s group, working with DPP-4 knockout mice and DPP-4 inhibitors, were keen to understand how the enzyme worked.

“DPP-4 was shown to be a key regulator of GIP, GLP-1 and GLP-2 by cleaving and inactivating these hormones,” Prof Drucker said. “We and other colleagues quickly identified DPP-4 as a key to controlling the degradation of gut incretin hormones responsible for glucose control.”

By inhibiting DPP-4, the researchers could enhance the effect of incretins: for example, potentiating GLP-1 and GIP activity in people with type 2 diabetes. However, DPP-4 has a much more complex biology beyond glucose control and has signalling functions at many sites in the body, Prof Drucker revealed — including within the immune system. It therefore acts as a key link between the immune system, inflammation in the body and diseases such as obesity, type 2 diabetes and cardiovascular diseases.

“Our most recent studies have shown that DPP-4 inhibitors can upregulate soluble DPP-4 and potentially modify inflammation in many types of tissues. This finding may prove to have many important clinical implications, and we hope to understand the importance of this finding in animals and humans.”

For these and other contributions to gut hormone research, Prof Drucker was recently presented with the 2019 EASD–Novo Nordisk Foundation Diabetes Prize for Excellence — an initiative of the European Association for the Study of Diabetes (EASD) and the Novo Nordisk Foundation. The prize, which is accompanied by DKK 6 million (around $1.3 million), is awarded for outstanding research or technology contributions that increase knowledge of diabetes, its disease mechanisms or its complications. The prize committee unanimously made the decision to award this year’s prize to Prof Drucker, with EASD President Professor David R Matthews calling him an “extremely worthy and deserving recipient”.

Now Prof Drucker is bringing his expertise Down Under, delivering the Firkin Oration on the second day of the ASMR conference — and he hopes to make the oration “of broad interest to all who attend”.

“I will give an overview of our bench-to-bedside science in peptide hormones, diabetes, obesity, intestinal and cardiovascular biology, highlighting our own scientific stories mixed with new data,” he said.

The 58th ASMR National Scientific Conference 2019 will be held in the WA Maritime Museum, Fremantle, from 20–21 November. For more information and to register, visit https://asmr.org.au/asmr-nsc/.