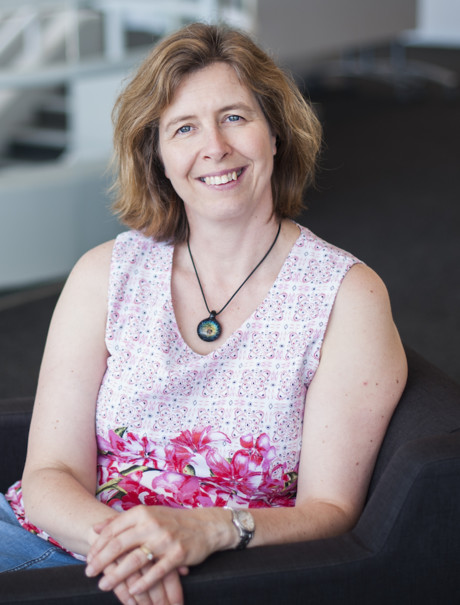 Renowned Australian geneticist Melanie Bahlo’s* fascination with science and biology began to develop at a very young age. Growing up in Germany, she used to record the birds that came and visited her bird feeder in the depths of winter.

She was around eight years old at the time and used to torture her friends with cryptic clues to find treasure in their natural surrounds and play elaborate games of hide and seek. The world of science has a lot of similarities. She has always loved solving puzzles and the field of statistical genetics allows her to do just that.

Bahlo’s love for science and mathematics, passion, hard work and bioinformatics expertise have seen her make some great strides in identifying genetic causes of many neurological diseases.

Currently the Co-Division Head of the Population Health and Immunity Division at WEHI (the Walter and Eliza Hall Institute of Medical Research), Bahlo’s journey at the institute started in 1999, when she arrived as a junior postdoc. Within a short span of four years, she was already running a mini lab — with one postdoctoral student and some UROP students — in award-winning statistician and research scientist Professor Terence Paul ‘Terry’ Speed’s lab. Bahlo officially became a laboratory head in 2007.

The lab uses statistical methodology to describe and model genetic data, to make use of structure within the data. “This allows the identification of genomic regions of interest that may harbour disease-causing mutations. We implement these models through software programming. We work on many disease identification projects simultaneously, some of which can be easily solved, others taking years before a breakthrough is achieved. We seek to identify where new technology can be combined with our genetic insights to achieve these breakthroughs in studies where we have been unsuccessful.”

In a career spanning around two decades, Bahlo has had many Eureka moments. However, her favourite paper remains the discovery of the cause of action myoclonus–renal failure syndrome (AMRF), an autosomal-recessive disorder, in 2008. It was a joint project with Professor Samuel Berkovic, a long-time collaborator. Berkovic is an Australian neurologist and Laureate Professor in the Department of Medicine at the University of Melbourne, Director of the Epilepsy Research Centre at Austin Health and first author of the paper ‘Array-Based Gene Discovery with Three Unrelated Subjects Shows SCARB2/LIMP-2 Deficiency Causes Myoclonus Epilepsy and Glomerulosclerosis’, published in The American Journal of Human Genetics (2008). According to the Victorian Centre for Biostatistics, Bahlo’s analyses “have led to the discovery of new genes involved in genetic diseases such as deafness and epilepsy. She has also developed new methods and software for the analysis of genetic data.”

Commenting on the 2008 discovery, Bahlo said, “We used some smart analytical methods and then I had the insight to use two, at the time, very new technologies which identified the gene. My student presented this work at a conference in 2007 and I had a highly esteemed colleague tell us what we were doing was never going to work! This gene has turned out to be much more important than previously thought and has led to the genetic diagnosis of hundreds of patients. It was also another example of an early new epilepsy gene that did not encode an ion channel subunit.”

Statistical genetics and bioinformatics research spans Bahlo’s two favourite subjects at high school — biology and mathematics. “I still pinch myself, especially when things are tough, to appreciate that I am being paid to do work in these areas,” she said.

The Bahlo lab is currently at a very exciting stage with the retinal eye disorder macular telangiectasia type 2 (MacTel), she said. The researchers have some exciting datasets to analyse that should validate a number of new genetic loci and allow for further dissection of the genetic basis of this disease.

“I am excited to start learning about proteomics and more metabolomics and of course keeping on learning about scRNAseq and applying it with investigators to our diseases of interest,” she added.

Bahlo is presenting at the upcoming Lorne Genome conference, where she will talk about her lab’s work on MacTel. Bahlo and her team published the first genome-wide association study in 2017. “This opened a Pandora’s box for this really interesting eye disorder and allowed us to reinterpret metabolomics results, clinical trial results and two Mendelian disorders.”

“We were able to apply many of the new exciting methods coming out of the GWAS field, such as Mendelian randomisation. This is work in collaboration with my PhD student Roberto Bonelli and a postdoc, Dr Brendan Ansell, [plus] Australian, UK and USA collaborators from the MacTel Consortium.”

The team’s findings established five key regions — or loci — in the genome most likely to influence a person’s risk of developing MacTel. The finding will enable researchers to better understand the disease and look for ways to prevent or stop its progression.

The study, published in Nature Genetics in 2017, was an international collaboration led by Bahlo and Dr Thomas Scerri at WEHI. “We analysed more than six million genetic markers and identified five loci across the genome that had similar patterns in people with the disease, but not in the healthy individuals,” Professor Bahlo said.

The 2017 analysis also revealed that people with the MacTel genetic risk loci identified in the study had changes in their metabolism, specifically in their glycine and serine levels. Professor Bahlo said this meant there could be a significant relationship between the level of glycine and serine in the body, and onset of the disease.

Both SNP chips and next-generation sequencing have two exciting technology-related developments in the field, according to Bahlo. “What is equally amazing is that one can still extract further information from the data from these platforms and the enormous cohorts that have already been generated. An example is of course the repeat expansion detection methods that we and others have developed. I am confident that there is plenty more to find, which we can then pass onto our molecular biology colleagues to work on mechanisms and equally translate into clinical genomics pipelines to provide genetic diagnostics and predictions for patients.”

Precision medicine is already possible for some diseases, but it will require substantial investment to make it transferrable to standard care, she said. “It is not clear how this can be accomplished in the current funding framework and the potential lack of workforce in bioinformatics. My lab has been fortunate enough to be involved in several cases where our findings have influenced clinical care. There are patient groups that are clearly missing out on applications of precision medicine because we lack good data. This includes Indigenous Australians. If we don’t have the data, we can’t detect variants and/or build population-specific predication models.”

Bahlo has over 15 years’ experience in the field of population genetics, genetics and bioinformatics and has contributed to discovering 22 genes involved in human disease.

Bahlo’s work has also contributed to the discovery of genes involved in mitochondrial diseases, leading to kidney failure, and identifying genetic variations that can alter the immune response to hepatitis C viruses, leading to a revolution in hepatitis C treatment, according to WEHI. Bahlo’s work has also contributed to improved bioinformatics methods for the diagnostic screening for Down syndrome using cell-free DNA from the mother’s blood. “We developed a method of tweaking the computational analysis to tune out unwanted noise that could hide signals that indicate chromosomal abnormalities,” said Bahlo.

Bahlo enjoys using her bioinformatics and statistical background to solve real-world problems. “Our analysis of data produced by new genomic technologies is identifying genetic causes for diseases that have previously proven intractable to analysis,” she said.

*Professor Melanie Bahlo will be presenting at the Lorne Genome Conference, to be held from 17–19 February 2019 at Lorne,Victoria. Bahlo is an NHMRC Senior Research Fellow and the ‘Healthy Ageing and Development’ Theme Leader at the Walter and Eliza Hall Institute of Medical Research. She heads the statistical genetics laboratory focusing on the development of new methods to analyse complex genetic data.  Bahlo’s laboratory is highly collaborative, working closely with clinical researchers to understand the causes and mechanisms of genetic disorders. The software and analytical methods developed by Bahlo’s team have led to the discovery of >20 novel genes. Bahlo also heads the bioinformatics analysis of the MacTel Consortium, an international consortium that is seeking to identify causes and treatment of MacTel, a rare but complex eye disorder.