Oral vaccine could protect children from hep B 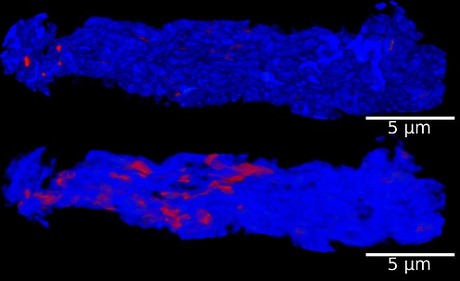 Oral vaccines are both safer and less expensive than injections, so researchers are continuously pursuing ways to produce an oral vaccine that is sufficiently effective. Now, University of Copenhagen physicists have delivered virologists a ‘recipe’ for improving vaccine drops using methods from the world of nanophysics.

Millions of people are infected with hepatitis B every year, with small children particularly at risk. But due to high cost and the stable environmental conditions required for vaccine storage, many people in developing countries are not vaccinated against this dangerous virus. As such, researchers have been working to produce a drop or powdered form of oral vaccine that is sufficiently effective.

Researchers from Copenhagen’s Niels Bohr Institute, together with the University of São Paulo and the Butantan Institute, have now introduced a technique to the pharmaceutical world that just might lead to an optimal oral hepatitis B vaccine. Their work has been published in the journal Scientific Reports.

“We have used a technology commonly used in solid state physics to explore how the vaccine behaves within a particular type of encapsulation,” said Heloisa Bordallo, an associate professor at the Niels Bohr Institute and co-lead author on the new study. “This has yielded crucial information that would not otherwise have been achievable.”

A major challenge of making an oral vaccine is to encapsulate it in a material that can endure the harsh conditions of our digestive system, to protect the vaccine from being destroyed before it reaches its intended destination in the body. The Danish research team’s collaborative partners in Brazil have long known that the silica-material SBA-15 is well suited to encapsulating a hepatitis B vaccine. However, they did not know exactly how the material protected the vaccine, nor were they certain about why their vaccine was not always completely effective.

Using a special technique that combines X-ray and neutron imaging, researchers at the Niels Bohr Institute were able to produce 3D images of the inside of the SBA-15 silica. The imagery allows researchers to see how the vaccine behaves inside the silica, right down to the particle scale. Among other things, they were able to see that the vaccine had a tendency to clump within the silica, making it less effective.

“Now we know what makes the vaccine less effective, and how to optimise it,” said Bordallo. “We know exactly how much vaccine should be put in the silica capsule for it to work best in the body and the clinical trials can be better interpreted.”

The vaccine is particularly promising for developing nations, noted co-lead author Martin K Rasmussen — a former student at the Niels Bohr Institute and current doctoral student at the Technical University of Denmark.

“Getting rid of needles being poked into the arms of little children is an advantage in and of itself,” Rasmussen said. “It also eliminates any need to sterilise needles and possible side effects such as swelling and infection. And, unlike the vaccine in use today, this type of vaccine needn’t be refrigerated. As such, costs will be reduced and the vaccine’s administration will be eased.”