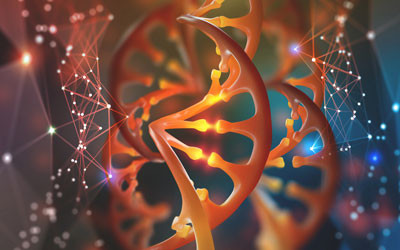 A research team led by the University of Tokyo has discovered that four different rare diseases are all caused by the same short segment of DNA repeated too many times, albeit in different parts of the genome — a major breakthrough that has now been published in the journal Nature Genetics.

Seeking answers, the Tokyo research team focused on patients with adult-onset neurodegeneration showing symptoms like cognitive impairment, uncontrolled movement, loss of balance, weakness in the arms and legs, or difficulty swallowing. The genetic cause of one disease with those symptoms, fragile X tremor/ataxia syndrome, was identified in the early 2000s as three letters of the genetic code, CGG, being repeated dozens or hundreds of times on the X chromosome — a mutation scientists call noncoding expanded tandem repeats.

The researchers had a hunch that the same CGG repeat mutation might cause three other rare diseases with similar symptoms and clinical test results. But since patients with those other diseases had normal X chromosomes, they had no idea where in the genome the potential CGG repeat mutations might exist.

Previous generations of DNA sequencing technology required researchers to know where in the genome to look for a mutation, so searching for CGG repeat mutations on all 46 chromosomes in the human genome would be extremely difficult and laborious. The Tokyo researchers have now designed a new approach that relies on next-generation genome sequencing and clever data analysis.

The scientists sequenced patients’ and healthy people’s entire genomes in short, overlapping but broken stretches. Collaborators, including computational biologist Professor Shinichi Morishita, then developed a new computer program to sort all of those short sequences and search for ones made of just CGG over and over again.

Using a standard sequence of the entire healthy human genome, the computer program could pin down those short segments containing CGG repeat mutations to particular genetic neighbourhoods. The researchers narrowed down their search to anywhere in the genome where patients had a large number of CGG repeats and healthy people had none. With that information, they then knew where to sequence a long stretch of DNA to specifically identify the gene and where in the gene the patients’ CGG repeat mutations exist.

All four rare neurological diseases that the research team studied were confirmed to be caused by CGG repeat mutations in distant, seemingly unrelated areas of the genome. This caused Dr Hiroyuki Ishiura, assistant professor from the University of Tokyo Hospital and first author on the study, to speculate: “Because the mutations causing the diseases are so similar, in the future, all these patients might benefit from the same treatment.”

“Gene silencing techniques [which inactivate previously active genes] are a possible treatment,” added Dr Shoji Tsuji, project professor from the University of Tokyo Hospital and corresponding author on the study. “We cannot know the result, but we believe such strategies may help patients in the future.”

The researchers hope that their research might lead to insights into more common diseases caused by other types of noncoding tandem repeat mutations, including amyotrophic lateral sclerosis (ALS, also known as motor neuron disease), as well as other diseases that have thus far evaded diagnosis by genetic testing. Efforts are also ongoing to study genomes identified through the genetic analysis of people who are healthy despite having the same CGG repeat mutations.

Melbourne scientists have successfully grown the Wuhan coronavirus from a patient sample, while...

Gas flow measurement: what you don't know can be very expensive