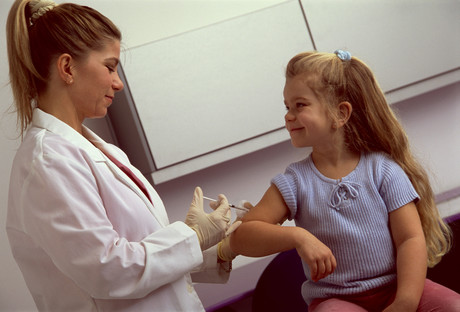 Scientists from the University of Adelaide’s Research Centre for Infectious Diseases have developed a single vaccination approach to simultaneously combat influenza and pneumococcal infections — the world’s deadliest respiratory diseases — while enhancing protection against both.

The researchers say a single vaccination, based on the new class of vaccines they are developing, will overcome the limitations of current influenza and pneumococcal vaccines used around the world. Their work has been published in the journal Nature Microbiology.

“On the other hand, the cellular immunity, T cell-mediated immunity, is known to target the conserved internal virus proteins. This type of the immune response is known to be cross-reactive and protective against newly emerging seasonal and pandemic influenza viruses.”

Having developed their own whole inactivated flu and pneumococcal vaccines, the researchers decided to combine the two into a single vaccination approach. They had previously tested whether the flu helped pneumococcal responses and found that when combining antigens (different vaccines with the flu vaccine), the flu would act as an antigen in helping other vaccines respond.

“We know the old immunology dogma thing … but we thought we are exposed to different pathogens, bacteria and viruses all the time,” Dr Alsharifi said. “So our immune system should be able to dissect and respond with the proper immune response to the different challenge.”

The co-administration of the two vaccines resulted in significantly enhanced flu-specific T cell responses, with IAV vaccine inducing enhanced cross-protective immunity to different influenza strains. This enhancement in immunity is associated with a direct physical interaction between the virus and the bacterium.

“The pneumococcal (bacterial) component of the combined vaccine could enhance flu-specific responses, and we found … the two components physically bind to each other, and that allowed a better immune activation,” Dr Alsharifi said.

“This is the key concept for this study.”

The team’s previous work had shown a similar boost in the efficacy of their pneumococcal vaccine when co-administered with the flu vaccine, so there was bidirectional enhancement of pathogen-specific immunity. As noted by co-leader Professor James Paton, “We have shown … highly protective synergy with our novel vaccination strategy that targets both pathogens simultaneously.”

Dr Alsharifi said the current shortfall in flu vaccinations is that the virus mutates and the vaccine might not be able to protect against newly emerging viruses.

The two vaccine components are now in preclinical testing; the pneumococcal vaccine is expected to be released next year, while the flu serum is currently with a vaccine manufacturer. Commercial development is being undertaken by two University of Adelaide-associated biotech companies, Gamma Vaccines and GPN Vaccines.

“Once we are able to manufacture, then we will be able to go into clinical trials,” Dr Alsharifi said.

“Our ultimate goal is to mix the two, and we’ll have the perfect composition against pandemic flus as well as pneumonia, meningitis and so on.”