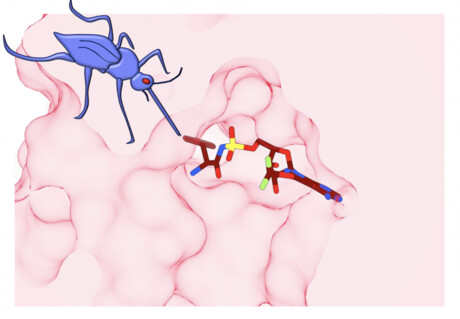 Researchers from the Australian National University (ANU) have discovered why malaria parasites are vulnerable to some drug therapies but resistant to others.

Although malaria can be successfully treated with drugs, malaria parasites are continually adapting and building resistance to current treatments — the parasite is really good at mutating certain proteins to evade the killing effects of the drugs. As noted by ANU’s Dr Sarah Shafik, “We knew that parasites can be resistant to some drugs while simultaneously being susceptible to others, but we didn’t know how this occurred.”

The team characterised two malaria proteins, known as PfMDR1 and PfCRT, that work together to transport drugs away from areas where they exert their killing effect and concentrate them in ‘safe zones’ that ultimately render the treatments ineffective. Their results were published in the journal PLOS Biology.

“Our work shows that PfMDR1 and PfCRT work together to alter the distribution of the drugs within the parasite, helping it to evade the killing effect of one drug,” Shafik said. “But in turn, this means that the parasite becomes more susceptible to another drug.”

The discovery could lead scientists to create new combination therapies that directly target the PfMDR1 and PfCRT proteins and prevent the parasites from outsmarting the drugs. The researchers say the two proteins are also essential to the growth of the parasites — so by rendering the proteins inactive, scientists have a good chance at eradicating malaria.

“Our intention is to target the ability of PfMDR1 and PfCRT to control the movement of drugs inside the parasite, but also to inhibit the essential natural function of proteins which helps the parasite grow,” Shafik said.

In a separate study, an international research team led by The University of Melbourne has identified an antimalarial compound which inhibits the malaria parasite, making it the agent of its own demise, but does not harm mammalian cells. Co-lead author Professor Leann Tilley said the ML901 compound works by an unusual reaction-hijacking mechanism, detailed in the journal Science.

“Imagine a stealth weapon that can be used to launch a self-destruct attack on your vehicle — slamming on the brakes and cutting the engine,” said Tilley, from Melbourne’s Bio21 Institute. “ML901 finds a particular chink in the machinery that the malaria parasite uses to generate the proteins needed to reproduce itself and stops it doing so.”

In collaboration with Takeda Pharmaceuticals, the Medicines for Malaria Venture and research labs across five continents, tests were conducted using molecules provided by Takeda, during which the ML901 compound was identified. Once ML901 entered the parasite, it attached itself to an amino acid and attacked the protein synthesis machinery from the inside, rapidly grinding the parasite to a halt. The molecular structure of human cells means they are not susceptible to attack by ML901.

In tests using both human blood cultures and an animal model of malaria, the team found ML901 killed malaria parasites that had resistance to currently used drugs and showed rapid and prolonged action resulting in excellent parasite killing. Tilley said the compound showed it was active against all stages of the life cycle, meaning it could be used to prevent malaria infection and transmission as well as to treat the disease.

Based on these findings, the team is ready to pursue the development of new antimalarial drug candidates. “We now have the possibility of finding drugs, similar to ML901, that target a range of deadly infectious diseases, including multidrug-resistant bacterial infections,” Tilley said.

Image caption: Diagrammatic representation of the target of the antimalarial compound ML901 (coloured structure), showing highly specific and potent inhibition of the malaria parasite. ML901 finds a particular chink in an enzyme called tyrosine tRNA synthetase (depicted in pink), part of the machinery that the malaria parasite uses to generate the proteins needed to reproduce itself. The parasite rapidly grinds to a halt and can’t cause disease or be transmitted to other people via mosquitoes (purple). Image credit: Leann Tilley and Riley Metcalfe.