Scientists identify a genetic cause of lupus 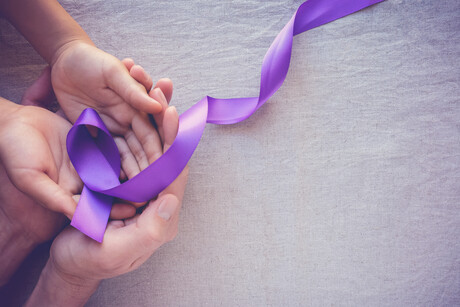 An international team of researchers has identified a gene called TLR7 that, when overactivated, is responsible for causing lupus — an autoimmune disease that can be life-threatening in severe cases.

Lupus is a chronic autoimmune disease that causes inflammation in organs and joints, affects movement and the skin, and causes fatigue. In severe cases, symptoms can be debilitating and complications can be fatal. There is no cure for the disease, and current treatments are predominantly immune-suppressors, which work by dialling down the immune system to alleviate symptoms. This leaves patients more susceptible to infection and can also lower quality of life.

In their study, published in the journal Nature, the scientists carried out whole genome sequencing on the DNA of a Spanish child named Gabriella, who was diagnosed with severe lupus when she was seven years old. Such a severe case with early onset of symptoms is rare and indicates a single genetic cause.

In their genetic analysis, carried out at the Australian National University, the researchers found a single point mutation in the TLR7 gene, which is programmed to help the immune system guard against viral infections but in its mutated form can cause the immune system to attack healthy cells. Via referrals from the US and the China-Australia Centre of Personalised Immunology (CACPI) at Shanghai’s Renji Hospital, they identified other cases of severe lupus where this gene was also mutated.

To confirm that the mutation causes lupus, the team used CRISPR gene-editing to introduce it into mice. These mice went on to develop the disease and showed similar symptoms, providing evidence that the TLR7 mutation was the cause. The mouse model and the mutation were both named ‘kika’ by Gabriella.

The mutation the researchers identified causes the TLR7 protein to bind more easily to a nucleic acid component called guanosine and become more active. This increases the sensitivity of the immune cell, making it more likely to incorrectly identify healthy tissue as foreign or damaged and mount an attack against it. Interestingly, other studies have shown mutations that cause TLR7 to become less active are associated with some cases of severe COVID-19 infection, highlighting the delicate balance of a healthy immune system.

“We demonstrated that the TLR7 kika mutation increased the sensitivity to guanosine, one of the key building blocks that make up our RNA,” said Associate Professor Michael Gantier, an expert on TLR7 from the Hudson Institute of Medical Research. “That means that with no infection — which is what this sensor normally detects — constant inflammation is aberrantly switched on, leading to the autoimmune disease.” 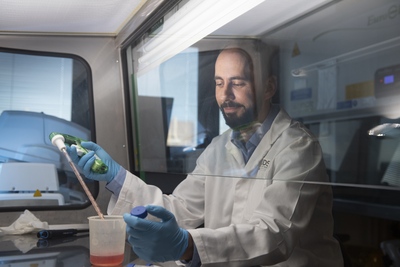 “While it may only be a small number of people with lupus who have variants in TLR7 itself, we do know that many patients have signs of overactivity in the TLR7 pathway,” added Professor Nan Shen, Co-Director of CACPI. “By confirming a causal link between the gene mutation and the disease, we can start to search for more effective treatments.”

The work may help explain why lupus is 9–10 times more frequent in females than in males. As TLR7 sits on the X chromosome, females have two copies of the gene while males have one. Usually, in females one of the X chromosomes is inactive, but in this section of the chromosome, silencing of the second copy is often incomplete. This means females with a mutation in this gene can have two functioning copies.

The researchers say their mouse model can be used to test new and existing drug therapies that inhibit the TLR7 gene, in a bid to provide some reprieve to patients suffering from lupus. The researchers are now working with pharmaceutical companies to develop new drugs or tweak existing ones to explicitly target the TLR7 gene and other proteins acting in the same biochemical pathway to the TLR7 protein.

“This research now provides us with unique models to demonstrate the therapeutic efficacy of a novel class of TLR7 inhibitors which we have developed at Hudson Institute in partnership with Pharmorage Pty Ltd,” Gantier said.

“TLR7 is likely to hold the key to other autoimmune diseases, and is also critical to the immune response to mRNA vaccines. In addition to helping people like Gabriella, this study may help to improve mRNA vaccines and reduce the number and severity of their side effects.”