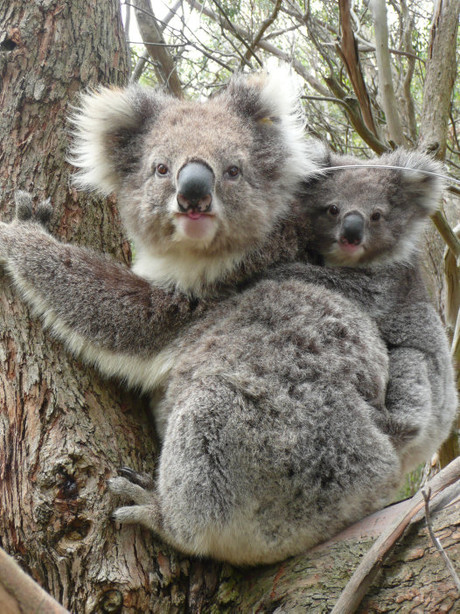 A team of Australian and international scientists have sequenced the full koala genome — a breakthrough which may aid in the treatment of disease and help inform conservation efforts.

The Koala Genome Consortium comprised 54 scientists from 29 different institutions across seven countries, led by Professor Rebecca Johnson, Director of the Australian Museum Research Institute, and Professor Katherine Belov from the University of Sydney. Using long-read sequencing technology and optical mapping, the team sequenced over 3.4 billion base pairs and more than 26,000 genes in the koala genome — which makes it slightly larger than the human genome.

“We sequenced and then assembled the genome with supercomputers, allowing the consortium to study the >20,000 genes of this unique species,” said Professor Marc Wilkins, Director of the Ramaciotti Centre for Genomics at UNSW, where the base pairs were sequenced and assembled.

“We did so using new technology which can sequence very long pieces of DNA. This allowed us to do a very high-quality genome assembly — meaning that the result is the best marsupial genome to date, and one that’s on par with the human genome in terms of its quality, which is incredibly exciting.”

Unlocking the genomic sequence gave the scientists unprecedented insights into the unique biology of the koala, now shared in the journal Nature Genetics. For example, the authors found an expansion of the gene families relating to detoxifying enzymes, which enable koalas to live off of phenolic-rich eucalyptus leaves. They then catalogued smell and taste receptor genes that help koalas select the most nutritious and moisture-rich leaves.

Another important discovery was the characterisation of the composition of koala milk. Like all marsupials, koalas do most of their development in the pouch. They are born without an immune system after 34–36 days’ gestation and spend approximately six months developing in the pouch.

“We characterised the main components of the mother’s milk, which is crucial for koala joeys,” Professor Belov said. “We identified genes that allow the koala to fine-tune milk protein composition across the stages of lactation, to meet the changing needs of their young.

“The team was able to analyse and discover koala-specific milk proteins that are critical for various stages of development. It also appears these proteins may have an antimicrobial role, showing activity against a range of bacterial and fungal species, including Chlamydia pecorum, the strain known to cause ocular and reproductive disease in koalas.”

Chlamydia has severely impacted koala populations in NSW and Queensland, so scientists hope to use information gained from the koala genome in order to fight it. Other threats to koala survival include loss of habitat through land clearing and urbanisation, which results in a reduction of habitat connectivity and reduced genetic diversity, and puts koalas at high risk of inbreeding, which leads to reduced genetic diversity.

“For the first time, using over 1000 genome linked markers, we are able to show that NSW and Queensland populations show significant levels of genetic diversity and long-term connectivity across regions,” Professor Johnson said.

“Ensuring this genetic diversity is conserved in concert with other conservation measures to protect habitat, reduce vehicle strikes, dog attacks and disease is the keys to the long-term survival of the koala.”

All of the sequence data generated by the consortium has been deposited into public databases and made freely available to scientists around the world, maximising the benefits that koala populations will potentially receive from such research. Professor Johnson said the team’s next efforts “must be in the application of these findings to genetically manage koala populations and advance the treatment of the diseases affecting koalas, with the goal of conserving this very important species”.

But koalas won’t be the only ones to benefit from the research, with Professor Wilkins noting that the genome’s high quality makes it “a fundamental resource for all the other marsupial genomes which have yet to be generated and studied”.

“We will be able to use this as a reference for the entire marsupial community,” he said.