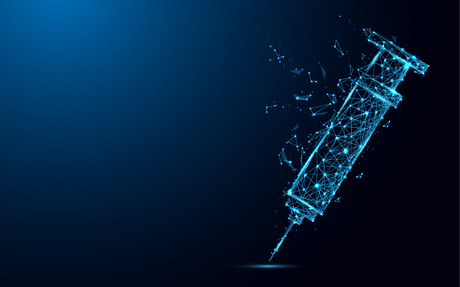 A $10 million grant from the Bill & Melinda Gates Foundation will allow the Murdoch Children’s Research Institute (MCRI) to expand its clinical trial of the BCG tuberculosis vaccine, now being tested against COVID-19, to 10,000 healthcare workers across Australia, Spain and the Netherlands.

BCG is given to over 130 million babies worldwide each year to prevent against tuberculosis. MCRI’s BRACE trial builds on previous research which showed that BCG can provide some protection against respiratory viral infections and a study in which BCG reduced virus levels and enhanced immunity to a virus with a structure of a similar type to SARS-CoV-2.

The multicentre randomised controlled trial, which started at The Royal Children’s Hospital and is being run out of the Melbourne Children’s Trials Centre, will see half of healthcare workers given the BCG vaccine to test whether it can protect those exposed to SARS-CoV-2 from developing severe symptoms by boosting their ‘frontline’ immunity. The trial has already enrolled more than 2500 hospital workers since commencing on 27 March — expanding to sites in Adelaide and Perth on top of Melbourne — and will now see the addition of 4000 healthcare workers across 13 sites across the Netherlands and Spain in the coming weeks.

MCRI’s Professor Nigel Curtis, the clinician-scientist who leads the BRACE trial, thanked the Bill & Melinda Gates Foundation for generously supporting this research effort, saying, “This funding will be crucial to quickly enable us to expand the BRACE trial to Sydney in Australia and The Netherlands and Spain internationally.

“It will be imperative to help our researchers show whether BCG vaccination improves ‘innate’ immunity in frontline healthcare workers to buy crucial time to develop and, importantly, validate a specific anti-COVID-19 vaccine.”

Philanthropic support has allowed the trial’s rapid development and rollout in Australia. This support has included $700,000 from Sarah and Lachlan Murdoch, $400,000 from The Royal Children’s Hospital Foundation (RCHF), $1.5 million from The Minderoo Foundation, $200,000 from the South Australian Government and support from the NAB Foundation, Calvert-Jones Foundation and individual donors.

“These sorts of trials normally take around 8–12 months to start, but with the early support of philanthropy, we were able to start in record time within three weeks,” Prof Curtis said.

“Since beginning the BRACE trial we have been inundated with requests from other hospitals wanting to be involved, both in Australia and internationally. This funding will allow us to begin delivering on those requests.”

Meanwhile, The University of Queensland’s (UQ) own COVID-19 vaccine candidate has passed another important milestone, showing the ability to raise high levels of antibodies that can neutralise the virus in early preclinical testing.

UQ was tasked by the Coalition for Epidemic Preparedness Innovation (CEPI) to use its vaccine technology to develop a coronavirus vaccine, and has collaborated with the Peter Doherty Institute for Infection and Immunity to demonstrate and understand its immune response. UQ project co-leader Professor Paul Young said the results were an excellent indication that the vaccine worked as expected.

“This is what we were hoping for, and it’s a great relief for the team given the tremendous faith placed in our technology by CEPI, federal and Queensland governments and our philanthropic partners,” Prof Young said.

“We were particularly pleased that the strength of the antibody response was even better than those observed in samples from COVID-19 recovered patients.”

University of Melbourne Professor Kanta Subbarao, from the Doherty Institute, tested samples provided by the UQ team and found high levels of antibodies capable of neutralising infection by the live virus in cell culture.

“This is a very important finding because similar immune responses with SARS vaccines in animal models were shown to lead to protection from infection,” Prof Subbarao said. These results, along with UQ’s collaboration with Viroclinics Xplore in the Netherlands, are keeping the vaccine’s accelerated timeframe on track.

Joint UQ project leader Dr Keith Chappell said the team had decided early on that ensuring a robust package of preclinical and safety data was critical before initiating a clinical trial, and they hoped to have those results in early June.

“Viroclinics Xplore is investigating in more detail the vaccine’s ability to protect from direct challenge by the live virus in multiple animal models, and without this partnership this just wouldn’t have been possible in this timeframe with the capabilities we have here in Australia,” Dr Chappell said.

The group recently announced a collaboration with Cytiva to enable key manufacturing activities, and discussions are ongoing with other commercial entities. Other partners include Lonza, Thermo Fisher Scientific, Syneos Health and CSIRO, and the team has also been given access to key adjuvant technology from CSL/Seqirus, Dynavax and GSK.