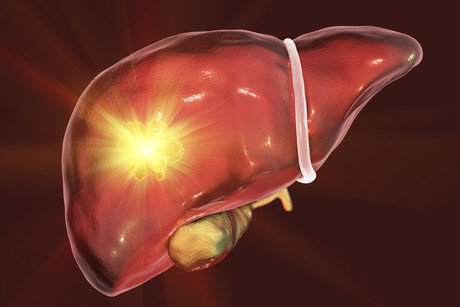 Researchers from the University of Oxford have conducted a clinical trial testing heat-sensitive lipid capsules filled with chemotherapy, which are ruptured remotely using ultrasound in order to deliver their precious cargo directly to liver tumours.

Other clinical trials have combined chemotherapy-filled lipid capsules with radiofrequency ablation, which uses the heat made by radio waves to kill cancer cells, but this study is the first to use ultrasound to remotely trigger drug release from the capsules. Previous preclinical research has suggested that this combination could increase the concentration of chemotherapy within a tumour, and how far it penetrates into the tumour.

The open-label phase 1 trial was conducted in one hospital in the UK, and included 10 patients with incurable tumours in their livers. Published in The Lancet Oncology, the first-of-its-kind study found that the technique was both safe to use and increased the amount of chemotherapy delivered directly to tumours — though more research will be needed to assess its effectiveness in treating the tumours.

After administering general anaesthetic, a dose of 50 mg/m2 of doxorubicin chemotherapy within heat-sensitive lipid capsules was injected into each patient’s bloodstream. A beam of ultrasound was then focused on the liver tumour, slightly increasing the temperature in that area. Above 39.5°C, the capsules release the drug into the bloodstream inside the tumour. This then creates a high drug concentration gradient, driving more chemotherapy into the tumour.

The researchers measured how much ultrasound exposure was needed to heat the tumour to 39.5°C or higher by temporarily implanting a heat-recording device placed into six patients’ tumours. They also took tumour biopsies from all 10 patients to assess the amount of chemotherapy delivered inside the tumour.

Side effects were monitored for 30 days after the procedure. Apart from the expected side effects caused by general anaesthetic and chemotherapy, the procedure posed no additional risks. Five patients had grade 4 neutropenia but their symptoms were resolved without treatment. One patient experienced mild confusion after the procedure and was kept in hospital until this resolved.

“Reaching therapeutic levels of cancer drugs within a tumour while avoiding side effects for the rest of the body is a challenge for all cancer drugs, including small molecules, antibodies and viruses,” said Professor Constantin Coussios, corresponding author on the study.

“Our study is the first to trial this new technique in humans, and finds that it is possible to safely trigger and target the delivery of chemotherapy deep within the body using focused ultrasound. Once inside the tumour, the lipid capsules release the drug, supplying a higher dose of chemotherapy directly to the tumour, which may help to treat tumours more effectively.”

The authors noted some limitations, including that their biopsies only looked at one region of the tumour. As tumours can be highly varied, the biopsies can only estimate how much chemotherapy has entered the full tumour.

The authors also note that their trial did not include a control group treated with liposomes only, and that in certain patients the size of the tumour that can be treated is limited, because the patient’s ribs block the ultrasound beam. More research will be needed to confirm whether the technique improves clinical outcomes for patients.

Writing in a linked Comment, Professor Dieter Haemmerich from The Medical University of South Carolina said there were areas in which the technique might be further improved, stating, “In most patients, tumours were only partly exposed to hyperthermia (and, presumably, to the drug), suggesting that an improved hyperthermia device or heating strategy is necessary, especially for larger tumours.

“Nevertheless, Lyon and colleagues’ study represents a first important step towards clinical translation of this elegant targeted drug delivery approach, by demonstrating the ability to locally enhance drug uptake, while showing therapeutic response with a drug that traditionally had low efficacy in liver cancer,” he said.

“Although the investigators showed the safety, feasibility and therapeutic potential of lyso-thermosensitive liposomal doxorubicin (LTLD) in patients with liver cancer, the described focused ultrasound plus LTLD approach might be more widely applicable to other solid tumours because doxorubicin is a wide-spectrum antitumour drug.”