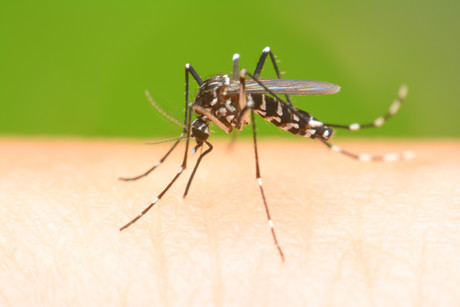 A study led by the Menzies School of Health Research recommends a two-stage treatment for the notoriously difficult-to-cure Plasmodium vivax malaria, which has a similar approach to removing weeds from a garden bed.

Dr Kamala Thriemer, co-lead author on the study, explained: “Vivax malaria can remain dormant in the liver, and successful treatment requires treatment for both the blood stages and liver stages. Treating just the blood stages of the infection is like pulling weeds out of the garden without taking steps to prevent them growing back.”

Plasmodium vivax malaria is endemic in Ethiopia, where it accounts for about 40% of reported cases. This collaborative study has found that initial treatment with chloroquine is more effective when it is followed up with primaquine to prevent relapse. Nearly 20% of patients treated with chloroquine alone suffered relapse within six weeks.

“The conclusion we arrived at was the administration of the combination treatment significantly reduced the risk of relapse,” said Dr Thriemer.

Dr Thriemer hopes these findings can influence malaria treatment policy in other malaria-endemic countries, stating, “Surprisingly, artemether-lumefantrine, the drug used to treat the more commonly diagnosed Plasmodium falciparum malaria, was not much better than chloroquine unless it was administered in combination with primaquine, which is used to treat the liver forms of malaria.”

Other malaria-endemic regions are experiencing a growing resistance to commonly prescribed treatments, especially in popular tourist destinations throughout South-East Asia.

Dr Tesfay Abreha, the Ethiopian lead author on the study, said that educating patients is key, as the study found that unsupervised treatments were far less effective. “We recognise further work is needed to improve adherence to the current regimen to ensure maximum public health impact,” he said.

Published in the journal PLOS Medicine, this clinical study was funded by the Bill and Melinda Gates Foundation in conjunction with the US President’s Malaria Initiative. It was led by the Menzies School of Health Research in Darwin, with support from the Ethiopian Public Health Institute and ICAP Columbia University’s Mailman School of Public Health in Addis Ababa.

Researchers have not only shown that night work significantly disrupts both sleep quality and...